On Tuesday, the Novaya Gazeta’s website was blocked by Roskomnadzor at the request of the Prosecutor-General’s Office. 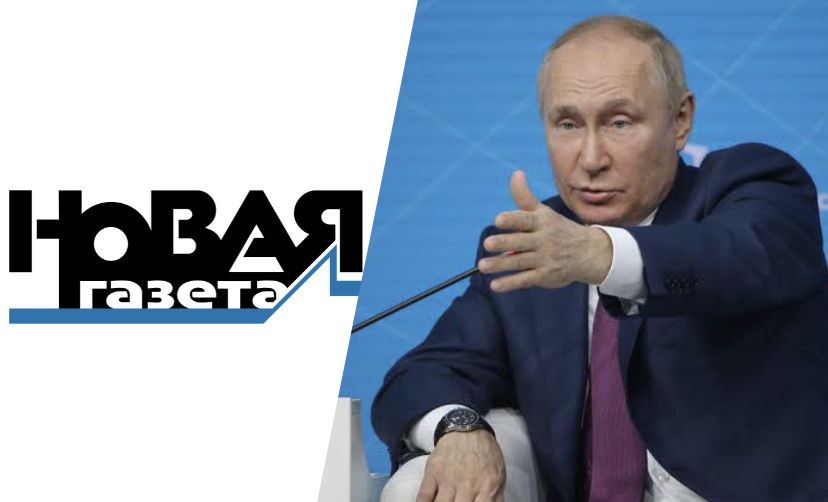 Russia’s media regulator Roskomnadzor has filed a lawsuit in a Moscow court to revoke the registration of the independent Novaya Gazeta newspaper.

The lawsuit was initiated the action in Moscow’s Basmanny court on Tuesday, giving the presiding judge three days to make a ruling on the move against the paper, which began publishing in 1993 and was one of the most respected publications in post-Soviet Russia.

On Tuesday, the Novaya Gazeta’s website was blocked by Roskomnadzor at the request of the Prosecutor-General’s Office.

The paper is one of the last of Russia’s independent media, it had suspended its operations inside the country in March after being forced to remove material from its website on Russia’s unprovoked invasion of Ukraine.

Russia’s new laws allow its authorities to “combat false information” or label outlets as “foreign agents.” For example, the mere use of the word “war,” in place of “special military operation,” can result in 15 years of imprisonment for the “guilty.”

About 166 independent media outlets, journalists and bloggers had been declared foreign agents or suspended since the start of the war.