The activist said the thugs “responsible for these attacks are known by name and they are controlled by the Tinubu hegemony.” 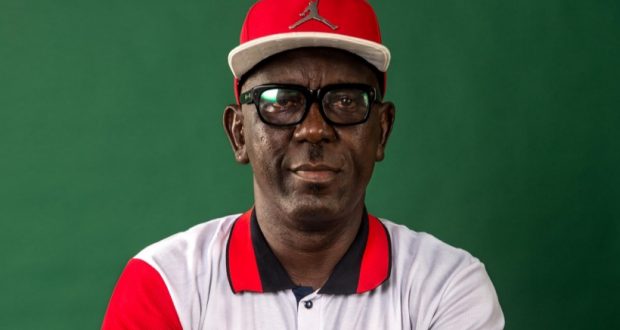 “The Chief thug of Lagos state currently serves as SA on sport to Governor Sanwo-Olu. He is known as Zulu Authority,” Mr Ajayi said.

Speaking at an EndSARS panel report press conference on Monday, Mr Ajayi alleged that the disruption of the protests by hoodlums was not that of obscure facts since the perpetrators are from the government and very well known by name.

“Those responsible for these attacks are known by name and they are controlled by the Tinubu hegemony. The Chief thug of Lagos state currently serves as SA on sport to Governor Sanwo-Olu, he is known as Zulu Authority.

“He controls a network of thugs including Nelson Ekujimi, Gbenga Soloki, Rasaq Olokooba, Debo Adenira, and one of the most recognized faces of the #EndSARS hoodlums, Rasheed Adigun who was rewarded with a Venza car in place of prosecution,” Mr Ajayi said.

He was responding to questions regarding the recent attack on one of the testifiers at the Lagos #EndSARS panel which took place yesterday.

Also responding to the same question, Dele Farotimi, a lawyer and activist said “The lady attacked was one of the persons in safe houses in Lagos between October last year when they witnessed the incident to March this year.

“Still, when they got out, they were attacked and the attackers are not ambiguous. They came to send a message and we must respond clearly,” he said.

Mr Farotimi who had in February written a petition to the State Security Service (SSS) and the police in Lagos over threats to his life, said the government is constantly found culpable in threats against dissenting citizens, especially #EndSARS protesters.

“In February this year, I submitted a petition on threats to my life to the DSS and the police. It took a month before the DSS contacted my lawyer to say it is not within their authority that the police will handle it.

“The police invited me about a month later, I adopted the petition and adopted it the Nigerian way because they had to be mobilized.

“They still haven’t gotten back to me to date and we later discovered that a serving police officer was among those plotting my murder,” Mr Farotimi said.

Also commenting, Adesina Ogunlana, a lawyer to #EndSARS victims said, “Those who attacked the lady are not thieves or rapists. They didn’t take anything from her.

“They came to pass a message and left the lady for dead. We are convinced that there will be triumph of Good over evil.”