One of the fishermen who was said to have jumped into the river during the attack to escape getting shot is yet to be found. 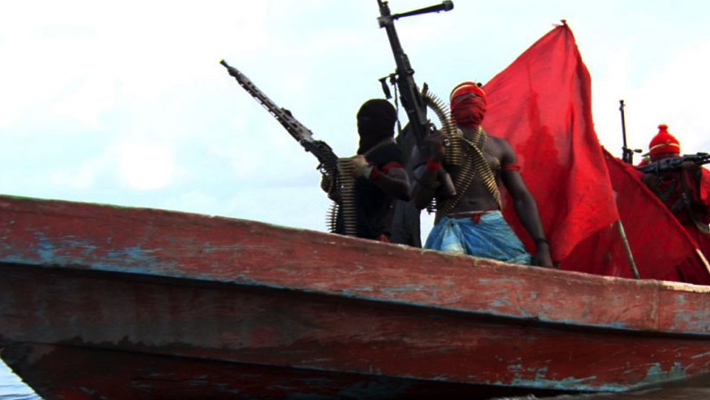 Pirates used to illustrate the story

Gunmen have attacked fishermen and carted away four of their outboard engines at Ibaka in Mbo local government area of Akwa Ibom state.

The gunmen, suspected to be sea pirates, were said to have attacked the fishermen and dispossessed them of their belongings at gunpoint on Friday, November 19.

Counsel to the fishermen, Ogunbiyi Oluwajuwon, told newsmen on Monday that the incident occurred about 10 minutes away from Ibaka.

He said that one of the fishermen who was said to have jumped into the river during the attack to escape the bullets of the gunmen is yet to be found.

“There was an attack on Friday night, November 19, on the sea. They attacked four separate boats and carted away four outboard engines at gunpoint,” Mr Oluwajuwon said.

He called on governments at all levels to proffer lasting solutions to the challenges faced by fishermen in the state.

“We are calling on governments, as a matter of urgency, to find a lasting solution to this crisis.

“Security is the paramount duty of any government as no economic activities can thrive in a hostile environment.

“We are sitting on a ticking time bomb that can exacerbate into another serious security breach and concern in the Niger Delta region as a whole. The time to act is now,” he stated.

Efforts to reach the spokesperson for NNS Jubilee proved abortive as several calls and text messages to her phone went unanswered.