Seven army generals, 38 others pulled out from artillery corps

Mr Tarfa advised serving officers and men of the Army to continue to be loyal and continue to demonstrate total commitment to duty. 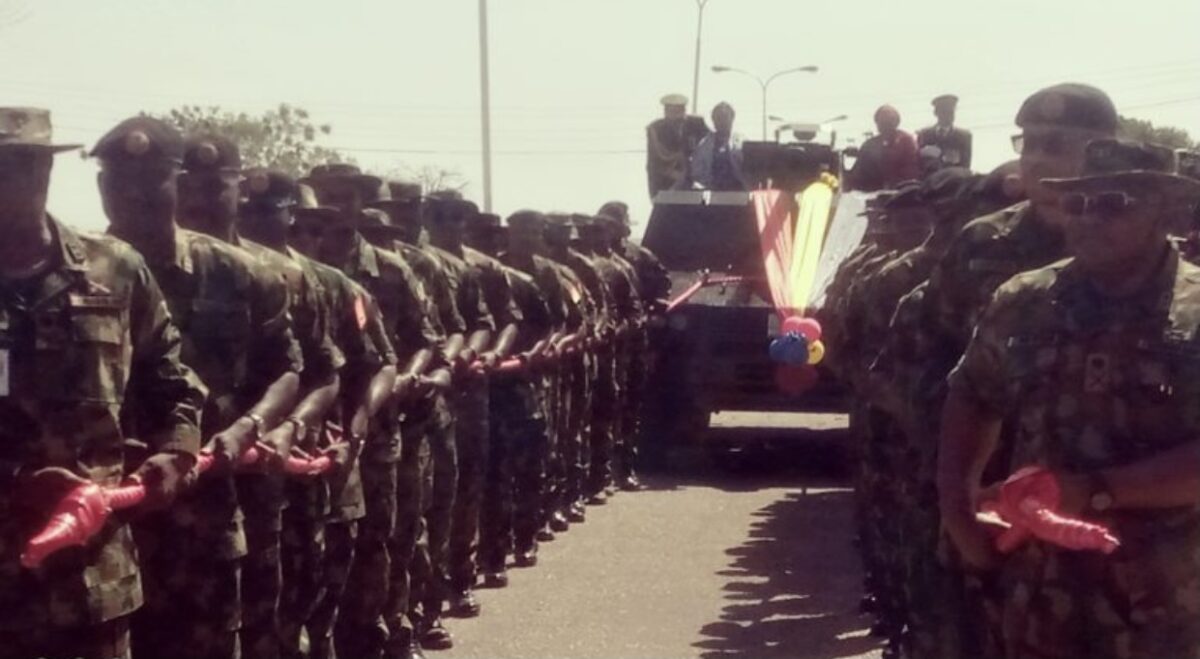 The Nigerian Army Corps of Artillery on Friday pulled out seven major generals and 38 other senior officers of the corps after 35 years of meritorious service to the father land.

The pulling out ceremony is  part of the routine activities of  the Nigerian Army during which it disengages senior officers from its service.

The colourful event was held at the Nigerian Army School of Artillery-NASA in Kachia Local Government Area of Kaduna State and attracted dignitaries from all walks of life who came to rejoice with the retired senior officers and their families.

In his valedictory speech on behalf of the retired officers, retiring Major-General Abubakar Tarfa expressed gratitude to God and the Nigerian Army for the privilege to serve the country for over three decades.

Mr Tarfa advised serving officers and men of the Army to continue to be loyal and continue to demonstrate total commitment to duty as exemplified in successes recorded so far in the fight against criminal elements.

He stressed the need for the army to always embrace changes in doctrine, training and general dispositions to ensure successes in all operations.

He also called for the sustainability  of inter-agency synergy to ensure successes in various operations.

He  commended the Artillery corps commander for his effort at piloting the corps in the right direction especially in the ongoing developments in the corps and urged him to sustain the tempo.

“To those of you who are determined to make the military a career pls note that our country has fully democratised and the era of military involvement in politics has gone and gone for good.

“Let me therefore urge you to be loyal to the democratically elected Federal Government of Nigeria.

According to him, the government is doing all it can to provide the necessary requirements for the Armed Forces to perform it’s constitutional roles.

“On behalf of my fellow retirees, I want to say that we are profoundly grateful to the Nigerian army and would like to keep the shells flying even higher.

“Keep  in focus the motto of the Nigerian army which is “Victory is from God Alone,” Mr Tarfa said.