Mr Makinde Saturday morning accused the Buhari regime of not thinking of the implications of its decision on Nigerians and foreign investors. 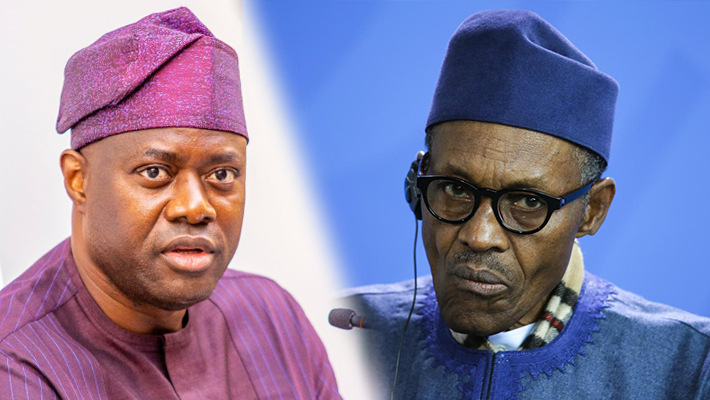 Governor Seyi Makinde of Oyo has lampooned President Muhammadu Buhari for banning Twitter in Nigeria and not considering how his “emotional” decision will adversely affect Nigerians and the “confidence” of investors.

Information minister Lai Mohammed had earlier queried the social media company’s mission in Nigeria following the deletion of an offensive tweet by Mr Buhari where he threatened to violently deal with those behind unrest in southeastern Nigeria, dominated by the Igbos, insinuating he would repeat civil war genocide in the region.

Mr Buhari’s “genocidal tweet” which elicited much condemnation from Nigerians was later pulled down by Twitter following outrage from Nigerians and reports by the Peoples Gazette explaining the implications of Mr Buhari’s dangerous statement.

Mr Makinde, however, Saturday morning accused the Buhari regime of not thinking of the implications of its decision on Nigerians and foreign investors.

“Twitter has become the platform for young people and indeed all Nigerians to exercise their fundamental right to express and publish an opinion. They use the platform to complain, argue and give feedback to government and its agencies who in turn, use these to improve policies,” Mr Makinde said.

“We should also remember that Twitter has gone beyond a source of communication for many of our hardworking youths in Nigeria. It has become a source of livelihood for many, irrespective of their political affiliations or religious leanings. I believe the Federal Government should be actively interested in how certain policies and action will affect investor confidence,” Mr Makinde added.

Many right activists have described the Twitter ban as another dimension of attack on the press and freedom of expression in Nigeria by the Buhari regime.

Earlier in the week, The Gazette in an exclusive report exposed how Abubakar Malami, minister of justice, in a secret memo suggested that the Nigerian constitution be suspended and martial law declared.

Before now, the government has been scheming to gag the press through an obnoxious social media Bill which continues to encounter pushbacks from Nigerians.