The singer faces jail time and a fine of $23.51 million if found guilty. 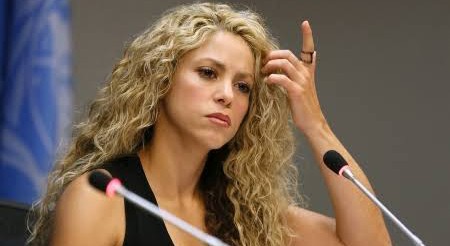 Colombian singer Shakira may be looking at serving eight years jail time due to unsettled taxes from 2012 to 2014.

According to Hollywood Unlocked, the ‘hips don’t lie’ musician was charged by the Spanish tax office with six offences and an unpaid $14.7 million in tax

The singer, whose full name is Shakira Isabel Mebarak Ripoll, claims that she didn’t reside in the country during the time authorities accuse her of evading tax.

Following her claims, she proceeded to reject a settlement offer on July 23, 2022, as her team plans to fight the case.

If found guilty, the singer will be facing eight years jail time and a fine of $23.51 million.

Her team issued a statement saying “Shakira has always cooperated and abided by the law, demonstrating impeccable conduct as an individual and a taxpayer, and faithfully following the counsel of PriceWaterhouseCoopers, a prestigious and globally recognized tax firm”.

A few weeks back, the 45-year-old singer announced her 11 year old marriage to football player Gerard Piqué had come to an end. The duo share two children.

A date is yet to be fixed for the trial.