P-Square’s attempt to ride on the wave of the Davido-styled online cashout did not receive Nigerians’ enthusiasm. 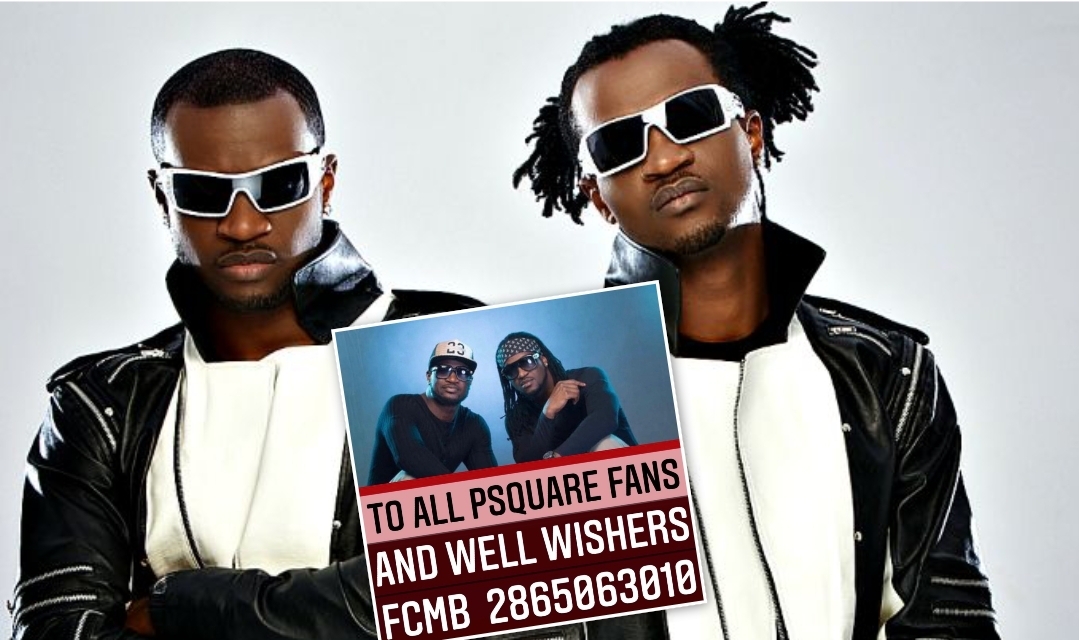 Newly reconciled music duo P-Square have so far received cold shoulder from friends and fans following their attempt to ride on the wave of online cashout inspired by Davido.

The twin musical artists took to Twitter on Thursday post their account number, begging for donations as they mark their 40th birthday which coincides with their reconciliation after years of family feud

Their funds appeals follows that of Davido who has raked in nearly N200 million after posting his Wema Bank account details online on Wednesday, and challenging his friends to support his course.

Paul Okoye, also known as Rude Boy, on Twitter said “starting from @obi_cubanaa…..let’s show at @davido that 2 heads are better than 1 #doubledouble.” He then went on to post an image which had the caption “TO ALL PSQUARE FANS AND WELL WISHERS FCMB 2865063010.”

His twin brother Peter Okoye also then posted a video on Instagram calling out Davido, Obi Cubana, Tony Elumelu and their brother and manager, Jude Okoye, to show up for them more than they did for Davido.

Unfortunately, their posts was not met with the same level of enthusiasm as Davido’s post yesterday. In fact, Nigerians did not take too well to the posts as they took to social media to state their displeasure.

@thesheddyking commented saying “ if you reunite, you reunite for your eleda, no use am bill us.”

@odogwu_nomso also said “The Original PSquare used to Tell us to “Chop their Money & they don’t care” while the new ones are begging us to send them Funds. That’s why PSquare Fell Off Sadly, the Streets Fuq with Ajebo Hustlers.”

@chime_szn also posted with a crying meme and a tweet that read “no get for now but make una reason with me, if i no get today, i go get am tomorrow.”