On Monday, the South-South governors approved the establishment of a joint regional security outfit to address insecurity in their region. 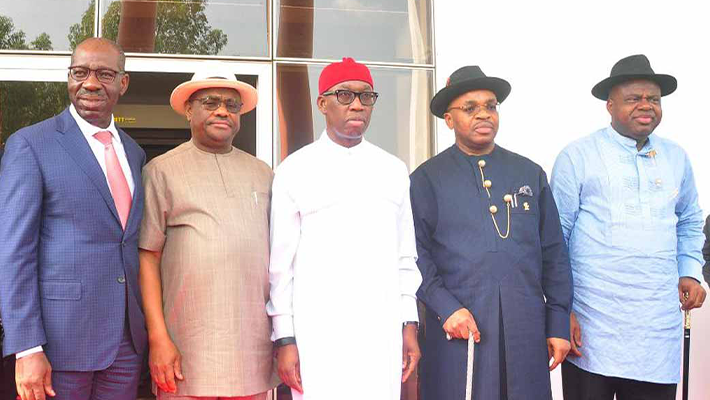 In a statement signed by the South-South leaders’ chairman, Governor Ifeanyi Okowa, said, “Bearing in mind that most of the BRACED states have established their state security’s organs, we approved the regional security architecture, which will be launched very soon.”

The decision to establish a security outfit was part of the resolution reached at the end of their meeting held on Monday at Government House, Port Harcourt on Wednesday.

The security outfits were established as the agitation for state police heightened amidst wanton security crises across the country.

President Muhammadu Buhari has yet to assent to the various requests by governors for the creating of state police to address the dynamic security challenges faced by different states.

The governor noted that the forum had set up a committee to work out acceptable modalities for state policing and would submit the same to the National Economic Council (NEC).

However, Governor Babagana Zulum talked down on setting up state-controlled police, arguing that governors like him would promote tribal sentiments.

The governor, whose state is among the worst-hit by raging insecurity caused by the Boko Haram insurgency, said decentralising the police comes with serious implications as ethnic contention were still rife in the nation.