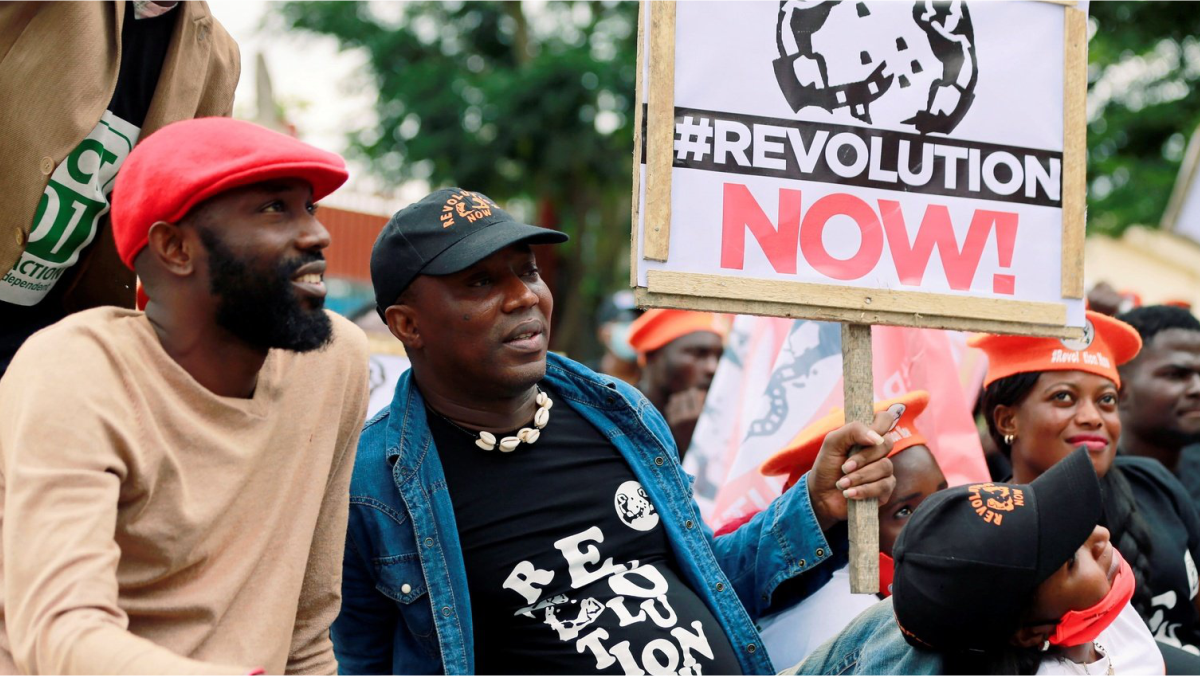 Protesters gathered in Abuja on Monday to protest high cost and low standard of living amid deteriorating insecurity.

The protesters gathered along the Abuja airport road, setting up a bonfire and a barricade while chanting solidarity songs.

Speaking to Peoples Gazette, Adeyeye Olorunfemi, spokesman for the African Action Congress, stated, “The protests have continued and will certainly continue. They are far from over,” the AAC spokesman stated.

Mr Adeyeye noted that Mr Buhari had not done enough to tackle problems plaguing the country.

“The president has done more to threaten ordinary Nigerians rising in protests in response to these economic and security challenges than to address the challenges themselves.

“The antics of increased high-handedness in stifling free speech, free press and the online community are just distractions from the real challenges. The sovereignty of the country is slipping away, but the president is bothered about social media,” Mr Adeyeye explained.