Suez Blockade: Egypt to release Ever Given

Egypt and Japan have reached an agreement in the dispute over the Suez Canal blockade by freighter Ever Given. 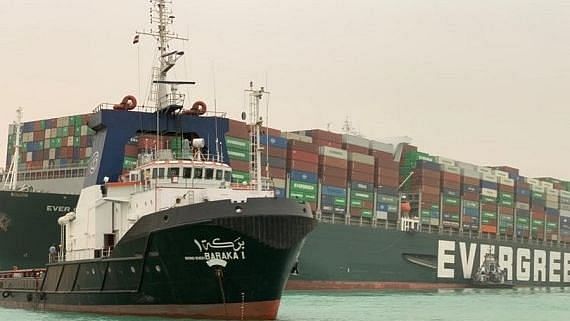 Egypt and Japan have reached an agreement in the dispute over the Suez Canal blockade by freighter Ever Given.

The container ship is to be released this Wednesday, a spokesman for the Japanese ship owner, Shoei Kisen Kaisha, said on Monday.

Mr Kaisha did not give details of the agreement with the Egyptian canal authority.

After weeks of extensive negotiations, an “agreement in principle” had been reached, the British law firm, Stann Marine, recently announced.

It represents the owners and insurers of the Ever Given. Osama Rabea, the head of the Suez Canal Authority, also refused to announce any details of the settlement due to a confidentiality agreement.

He told the privately-owned Al-Qahira Wal Nas TV channel on Sunday evening that the authority will get a tug boat with a pulling capacity of about 75 tons as part of the deal.

“On Wednesday, there will be a ceremony for the final signing, and we will allow the ship to leave,’’ Mr Rabea said.

He added that by then, at least part of the settlement amount would have been transferred.

“So, we would be ending three months of difficult negotiations,’’ he added.

The Ever Given is one of the largest container ships in the world and ran aground in the Suez Canal in March.

The 400-metre-long container ship blocked the important waterway between Asia and Europe for six days.

It sailed under the flag of Panama and was chartered by a Taiwan-based company before the accident.

The canal authorities impounded the ship located at the Great Bitter Lake that separates the northern from the southern part of the Suez Canal.