Sunday Igboho will die if extradited to Nigeria: Lawyer

Mr Igboho’s lawyer is worried the Buhari regime will murder his client if extradited to Nigeria. 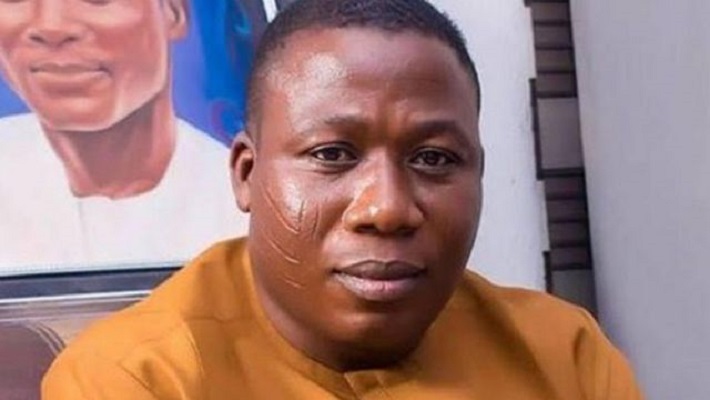 Yoruba Nation activist Sunday ‘Igboho’ Adeyemo is safer in Benin Republic and will be murdered if extradited to Nigeria, his lawyer Ibrahim Salami said on Saturday.

“He is safer in Benin. He is not at all safe in Nigeria. Sending him to Nigeria means certain death,” Mr Salami told international news media AFP.

Mr Igboho was arrested in July at Cadjèhoun Airport in Cotonou on his way to Germany with his wife.

While his wife was released, the Cour De’appal De Cotonou ordered that the separatist leader be remanded in prison custody in the French-speaking nation.

Mr Salami stressed that although there were fears that Mr Igboho would be extradited to Nigeria, the Muhammadu Buhari regime was yet to issue an extradition warrant for the activist.

“What we feared at the start was an extradition request but there is no such demand,” said the lawyer.

“The fact that he is being investigated for a violation that could have been committed on Beninese territory is a hurdle to an extradition request as this case will first have to be sorted out,” Mr Salami said.

He noted that the activist sustained injuries and was flying abroad for treatment when he was arrested.

His arrest came days after operatives of the State Security Services raided his residence in Soka, Ibadan, killed two people, arrested others and accused him of planning a “violent insurrection against Nigeria.”

The secret police had alleged that illegal arms, including seven AK-47 rifles and thousands of ammunition were recovered from his residence.

Mr Koiki said the activists’ lawyers confirmed that his health was in need of urgent attention.

He pleaded with “the Government of Benin Republic, President Patrice Talon to please allow Chief Sunday Adeyemo, aka Igboho to seek medical treatment due to his health.”