Supreme Court justices dancing naked in marketplace; they should be seen, not heard: CJN Tanko

Peoples Gazette had obtained and published an internal memo detailing the complaints of associate justices to the Chief Justice of the Federation. 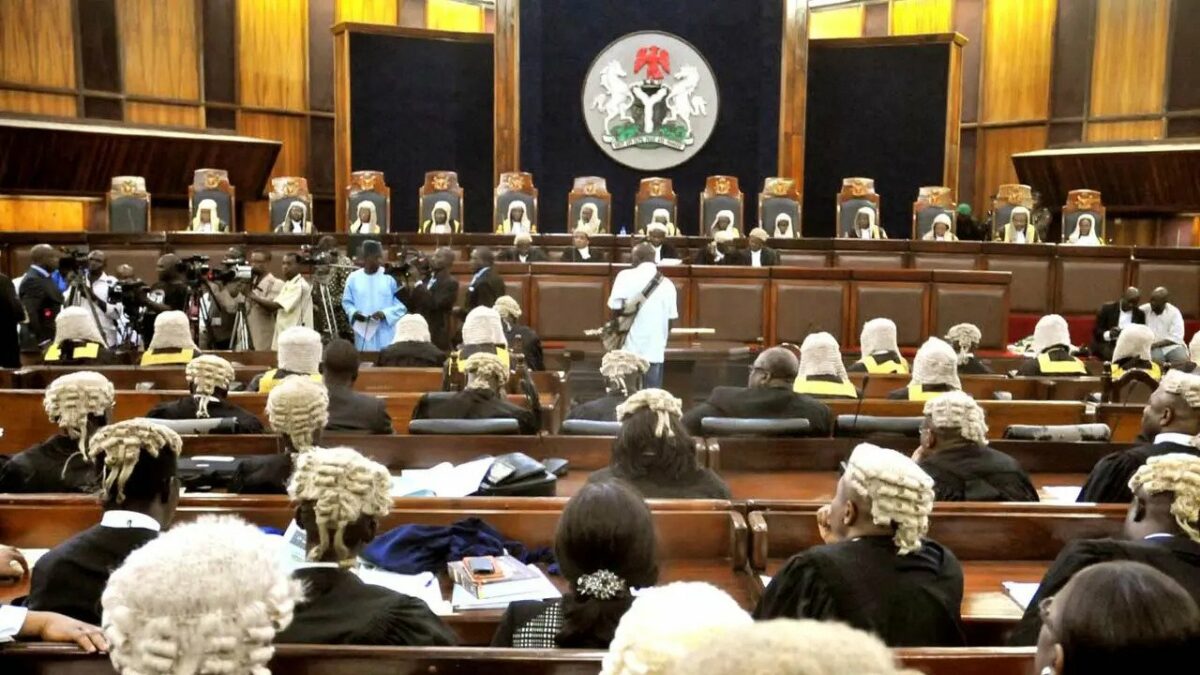 The Chief Justice of Nigeria, Hon Justice Ibrahim Tanko Muhammad would wish to confirm receipt of letter written and addressed to him by his brother Justices of the Supreme Court Bench.

Judges in all climes are to be seen and not heard, and that informed why the CJN refrained from joining issues until a letter, said to be personal, is spreading across the length and breadth of the society. This was akin to dancing naked at the market square by us with the ripple effect of the said letter

The Supreme Court definitely does not exist outside its environment, it is also affected by the economic and socio-political climate prevailing in the country. Besides that, the Apex Court has to a larger extent, been living to its constitutional responsibility.

When a budget is made, it contains two sides, that’s the recurrent and the capital, yet all the two are broken down into items. The Federal Government releases the budget based on the budget components. And it’s an offence to spend the money meant for one item for another.

Take for instance, the Supreme Court budgeted this year to re-roof and rehabilitate its complex built over 30 years ago and that is being done. The work on the extension of the complex is near completion, the esthetic lawns and cleanness of the perimeters are being well kept, and security and water supply are adequately provided for his brother Justices in their offices and residences.

During the period of pandemic, a profound and extra-care was maintained to avoid causalities among them as well as the staff generally. It would have amounted to an act of irresponsibility to divert money meant for the above for otherwise.

The accusation so far, in summary is that more or all ought to have been done and not that nothing has been done; which is utopian in the contemporary condition of our country.

Before eight new Justices were appointed in 2020 onto the Apex Court bench, there was no additional budget to provide new chambers with equipped library, legal assistance, residential accommodations and logistics for them. The Apex Court has to make do with the resources at its disposal to meet their needs over time. Each of the Justices of this Court has at least a legal assistance, except some may opt for more. One of the CJN’s legal assistance (now Justice Aina) was appointed to Abuja FCT High Court last month, while another (Barr Ramatu) died three months back. Generally the Judiciary is looking up to recruitment of more legal assistance and other supporting staff this year.

Besides, two Supreme Court Justices died within the period under consideration. Both the four retirees and the two departed cost the court some funds in the forms of gratuities and allowances.

Two weeks ago, eight Supreme Court Justices were nominated for a workshop in London as the court cannot take all of them there at once otherwise the job would suffer. They would be going in batches.

Accommodations are being gradually provided for the few that are yet to get. There is none of the Apex Court Justices without SUV and back up cars. If any of them were purchased but refurbished, the external and internal auditors are here in the court to take those that bought them up over it.

The high cost of electricity tariff and diesel are national problem. The Chief Registrar might have budgeted for N300 per litre but diesel is now selling for over N700 per litre and therefore has to find a way around it without even bringing it to the attention of the CJN. But there is no way the generator would be put off if the Court is sitting.

The amendment of court rules is on the process, it has to be critically reviewed to avoid conflict with the constitution and other extant laws. Not all the CJN has reviewed the rules in the past. Within the three years his brother Justices mentioned came the pandemic and the judiciary workers’ strike.

The internet services have been restored to Justices’ residences and chambers, just as some allowances have been paid to them. The CJN held a meeting with his brother Justices last Thursday and another one is due to hold this week.

The general public should rest assured that there’s no hostility or adverse feelings amongst the Justices of the Supreme Court, as everyone is going about his normal duty.

Senior Special Assistant (on Media} to the CJN