Tobi Amusan is now ranked 5th in the world while Ese Brume jumped to 61st position in the latest world rankings. 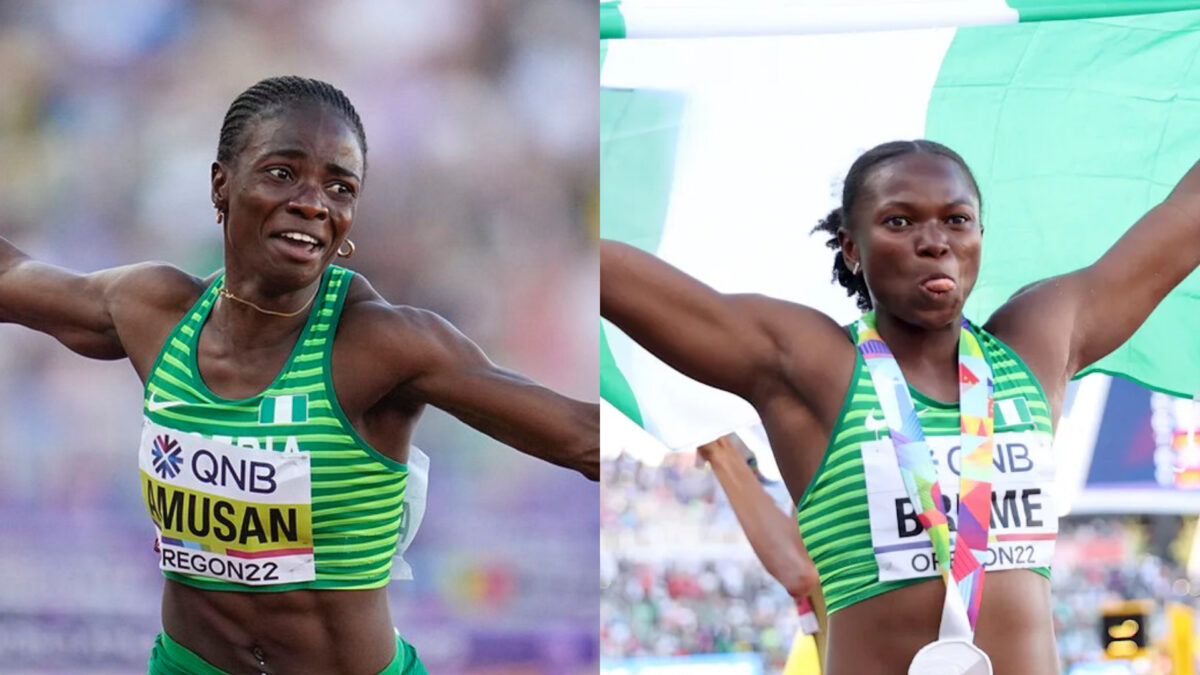 The Nigerian duo of Hurdler Tobi Amusan and Long Jumper Ese Brume continued to enjoy global acclaim after both women saw a huge leap in the World Athletes Women chart.

Amusan jumped 38 places to move up to 5th position in the rankings, a massive rise for her in the space of a year compared to the 43rd position she ranked in September 2021.

The 25-year-old hurdler has been incredible in the past four months.

In June, Amusan won two gold medals for Nigeria at the 2022 African Championships in Athletics, Mauritius before heading to the United States for the 2022 World Athletics Championships to make history.

At the World Athletics Championships in Oregon, she set a new World Record with a time of 12.12secs to win gold in the 100m hurdles to become Nigeria’s first World Champion.

She successfully defended her Commonwealth Games 100m hurdles title at the 2022 Games to set a new games record of 12.30s.

Meanwhile, her compatriot and Olympics bronze medalist Brume ranked 93rd within the same period and leaped to 61st position in the rankings. She moved 32 places up to become the second-best ranked Nigerian on the list.

Ese Brume has been the most consistent Nigerian athlete in recent years, she can be leaned on to always deliver a medal for Nigeria.

She won a Bronze medal for Nigeria at the 2020 Tokyo Summer Olympics that took place in 2021 due to COVID-19 pandemic and she has been impressive since then.

Brume won a silver medal at the 2022 World Athletics Indoor Championships, Nigeria’s only medal in the competition.

Months later, she went on to win a silver medal also at the World Athletics Championships to make history as the first African to win two long jump medals in the history of the competition.

The 26-year-old athlete leaped a 7.0m jump to win gold at the women’s long jump event and also broke the game record in the event during the 2022 Commonwealth Games

Both Amusan and Brume were conferred with the national honours of the Order of the Niger (OON) and a cash reward of N4.5 million each by President Muhammadu Buhari during a State House visit on Thursday.