Odunayo is now out of the tournament but she may have a chance to compete for the bronze medal through the repechage if Nichita can go all the way to the finals. 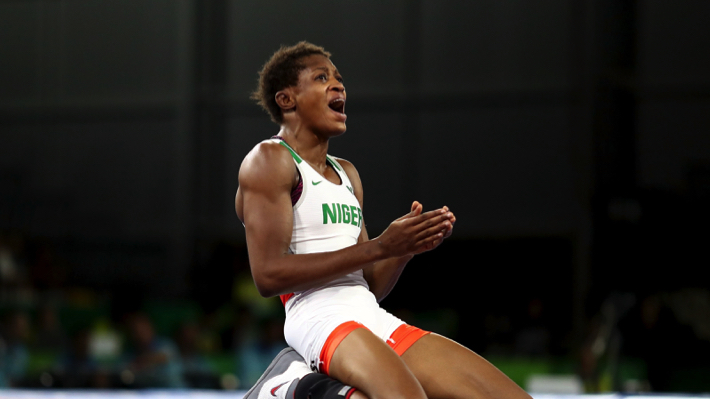 Nigerian medal favourite Odunayo Adekuoroye was pinned by Anastasia Nichita from Moldova with one minute to go in the opening match of the Women’s 57kg Freestyle Wrestling.

She started the match in a dominant form and was up 4-0 at the half.

Heading into the last minute, she was up 8-0. She needed two more points to end the match or she could have ridden out a victory but she pushed forward and made a mistake, allowing Nichita to seize the advantage. She tried to pull off a victory but the referee called the match and it was over.

Going into the fight, Odunayo was ranked number two in the world, having just won the gold at the Poland Open tournament. She had also won a gold medal at the 2018 Commonwealth Games and a bronze at the World Wrestling Championships.

Odunayo is now out of the tournament but she may have a chance to compete for the bronze medal through the repechage if Nichita can go all the way to the finals.