The Lagos-based preacher says Nigerians should post contents that promote the country’s unity. 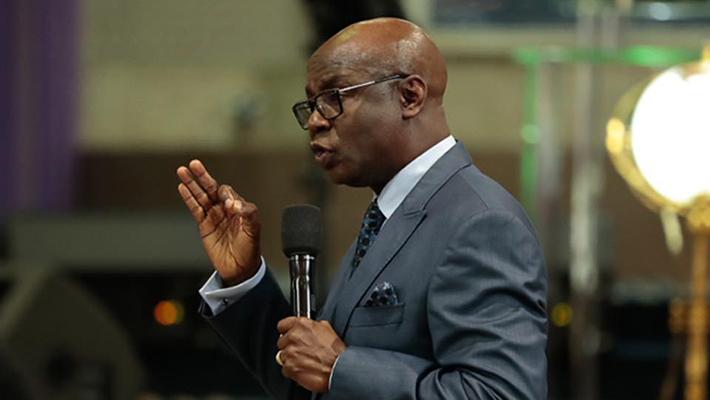 Mr. Bakare’s position could enrage free speech advocates who have been pushing back against President Muhammadu Buhari’s efforts to control speech on social media.

Information minister Lai Mohammed was widely ridiculed when he disclosed the government’s resolve to control social media before a House committee last week.

On Monday morning, youth minister Sunday Dare echoed Mr. Mohammed on Channels, saying the National Assembly will do justice to the proposed regulation of social media to guard against the spread of fake news.

Mr. Bakare suggested on Arise TV Monday morning that social media should be regulated by Nigerian authorities and that posts of users be limited to promoting the country.

When asked of his position on the regulation of social media against the backdrop of #EndSARS campaign, Mr. Bakare said: “Everything in life including your freedom and my freedom without boundary is dangerous.

“I am not asking for excessive regulations where citizens will be banished but we must find a way within our law to use social media productively and not to fill it with false news and negative news that can incite people or bring chaos into the society.

“We must use all these tools to advance the development of our nation and progress of our people.”

Mr. Bakare, who was the running mate of the presidential candidate Muhammadu Buhari in the 2011 Presidential election, says he is prepared to lead this country if he is supported by the populace.

He called out the Buhari-led administration, describing unfulfilled promises as “disastrous.” He urged the President to acknowledge and apologize for the Lekki Massacre and ensure justice is dispensed to the affected persons and their families.

He then proceeded to lay blame on the protesters for creating discomfort as a result of the blocked roads and for the apparent lack of leadership, and refusal to negotiate with the government.

The administration ramped up its call for social media regulation following the success of #EndSars campaign against police brutality.