Mr Erdogan noted, “I hope and pray that our Nigerian brothers will forge a closer solidarity in this field with us, the Republic of Turkey.” 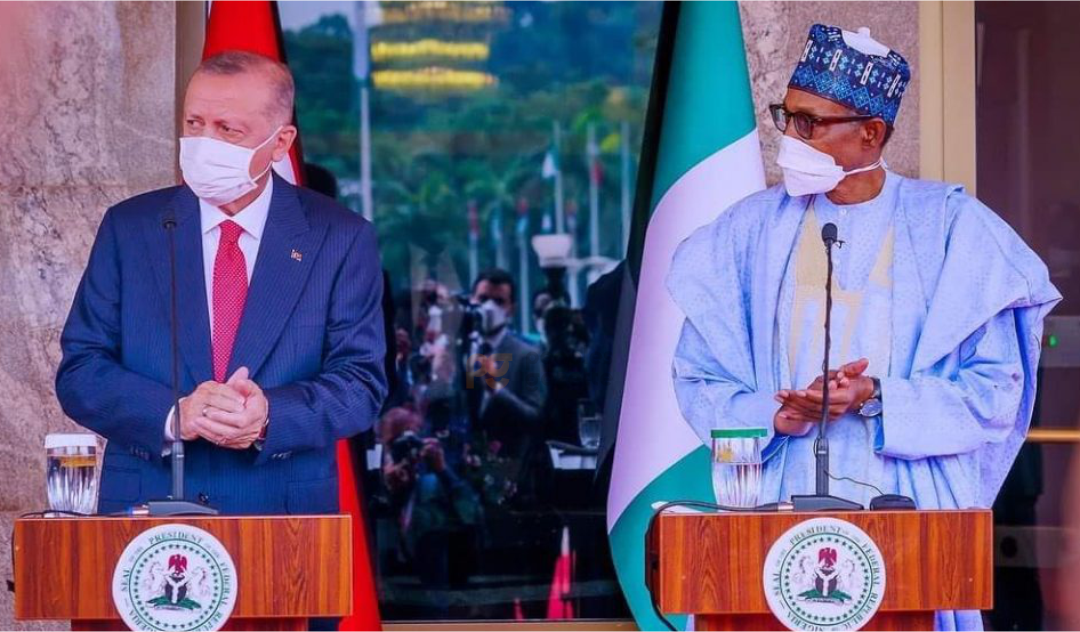 On Wednesday, Turkey President Recep Tayyip Erdogan said members of the Fetullah Terrorist Organisation (FETO) who once staged a coup to remove him from office are operating illegally in Nigeria.

“The perpetrator of the heinous failed coup of July 15th, FETO, is still illegally active in Nigeria, and we are continuously sharing our intelligence with the Nigerian interlocutors and authorities,” Mr Erdogan said.

Mr Erdogan, who survived a coup staged against his government in July 2016, made this statement at a joint press conference with President Muhammadu Buhari in Abuja.

While urging the Nigerian government to collaborate with Turkey in the war against terrorism, Mr Erdogan noted, “I hope and pray that our Nigerian brothers will forge a closer solidarity in this field with us, the Republic of Turkey.”

Mr Erdogan, his wife Emine Erdogan, and other Turkey government officials arrived in Nigeria on a two-day official visit on Tuesday.

At the Abuja press conference on Wednesday, Mr Buhari was quoted to have commended Mr Erdogan for accommodating four million Syrian, Iraq and Afghanistan refugees in a statement by his spokesman Femi Adesina on Wednesday.

“I commend Your Excellency for your leadership and generosity in receiving and accommodating four million refugees fleeing from conflict areas, particularly in Iraq, Syria and Afghanistan. You have indeed set an example to the rest of the world,’’ Mr Buhari said.