The United States has authorised the relocation of U.S. government employees and their families from Abuja over potential terrorist attacks. 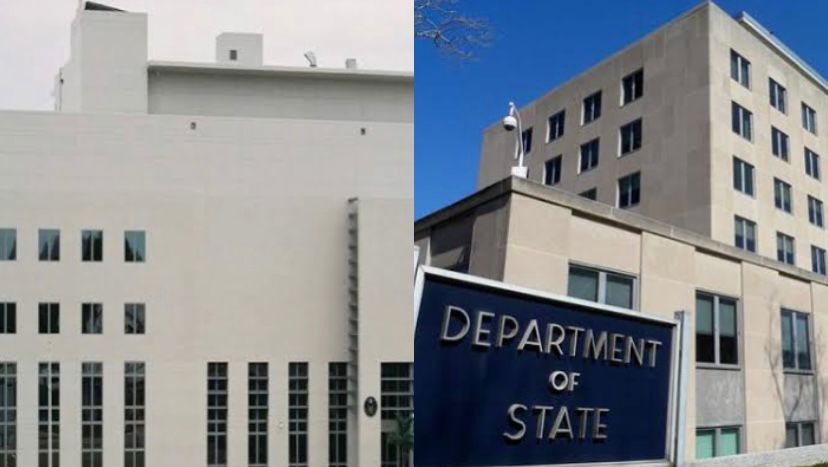 The United States has authorised the relocation of U.S. government employees and their families from Abuja over potential terrorist attacks.

“On October 25, 2022, the U.S. Department of State granted authorised departure status to Embassy Abuja, which permits the voluntary departure of family members and certain employees due to the heightened risk of terrorist attacks,” the terror alert said.

The latest terror alert followed similar security warnings from the U.S. and the United Kingdom on Sunday of a possible terrorist attack in the Federal Capital Territory, targeting government buildings, places of worship and schools, among others.

The capital has come under attack in recent months following the Boko Haram raid on Kuje Prison and an attack on the Presidential Guards Brigade at Bwari in which three elite officers were killed.

In July, schools in the capital and neighbouring states were shut down over security concerns.

The terror alert, however, was dismissed by information minister Lai Mohammed.

Mr Mohammed claimed that the U.S. and UK’s “clickbait” security warnings forced schools to shut down and disrupted commercial activities in Abuja.

The FCT Administration, in a statement, called on Abuja residents to remain calm as security agencies are working to maintain law and order in the nation’s capital.

On Monday, police spokesman, Muyiwa Adejobi, said there was no cause for alarm, noting that all hands were on deck to nip the threats in the bud.