There have been seven cases of monkeypox previously reported in the UK, all of which were related to a travel history to or from Nigeria. 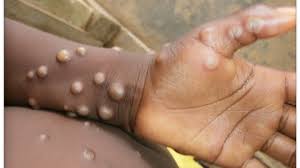 The World Health Organisation (WHO) says the risk of monkeypox transmission in the UK is minimal following a confirmed case of the rare and sometimes fatal animal-borne disease.

UK health authorities, on May 7 notified WHO of the confirmed case in an individual who had recently returned to the country from Nigeria.

WHO said the case travelled to Nigeria in late April, staying in Lagos and Delta, and developed a rash on April 29.

The traveller returned to the UK on May 4 and went to a hospital that same day. As monkeypox was suspected, the traveller was immediately isolated.

Extensive contact tracing has identified exposed persons in the community, the healthcare setting, and on the international flight. So far, none has reported compatible symptoms.

“Since the case was immediately isolated and contact tracing was performed, the risk of onward transmission related to this case in the United Kingdom is minimal,” said the UN agency on Monday. “However, as the source of infection in Nigeria is not known, there remains a risk of ongoing transmission in this country.”

Nigerian authorities were informed about the case on May 7.

The individual did not report contact with anyone with a rash illness, or known monkeypox, in Nigeria. Details of travel and contacts within the country have also been shared for follow up as necessary.

WHO currently does not recommend any restriction for travel to, and trade with, Nigeria or the UK, based on available information at this time.

The monkeypox virus belongs to the orthopoxvirus family, which includes smallpox.

It can be transmitted by contact and droplet exposure, and the incubation period is usually from six to 13 days but can range from 5 to 21 days.

Symptoms can be mild or severe, and usually resolve spontaneously within 14 to 21 days. However, lesions can be very itchy or painful.

There have been seven cases of monkeypox previously reported in the UK, all of which were related to a travel history to or from Nigeria.

Since September 2017, the West African country has continued to report cases of the disease, with 558 suspected cases up to 30 April of this year.

The figure includes 241 confirmed cases, including eight deaths from the disease.

Monkeypox is a viral disease that occurs primarily in tropical rainforest areas of Central and West Africa. It is occasionally exported to other regions.

The monkeypox virus is mostly transmitted to people from wild animals such as rodents and primates, though human-to-human transmission also occurs.

Contact with live and dead animals – for example through hunting and consumption of wild game or bush meat – are known risk factors.