The disputed border of about 100,000 square kilometres in the Indian Ocean has high oil and gas deposits. 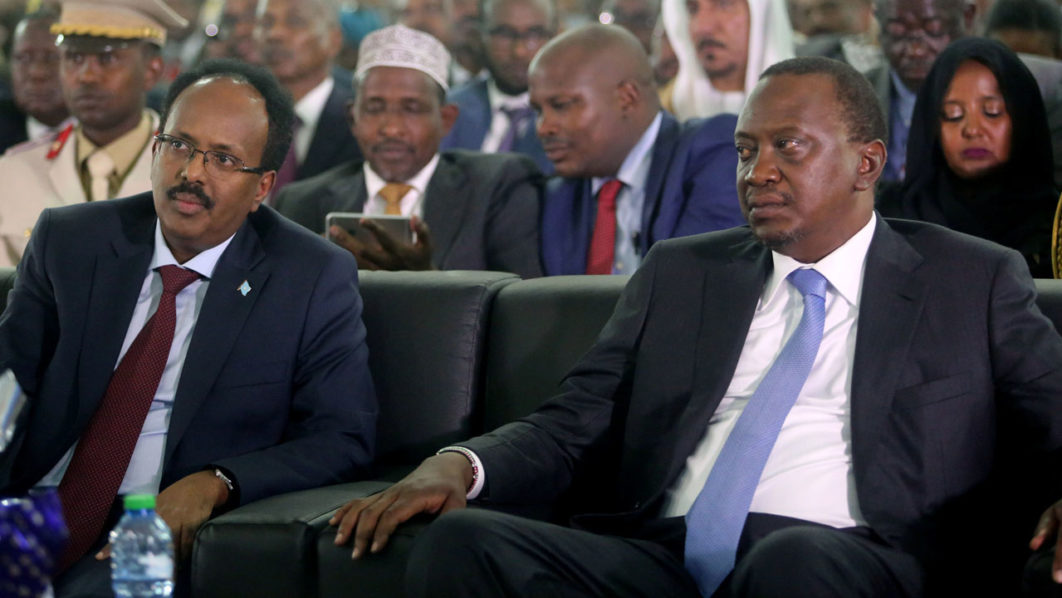 A photo of Mohamed Abdullahi Farmaajo and Uhuru Kenyatta used to illustrate the story [Photo credit: The Guardian Nigeria]

The International Court of Justice on Tuesday ruled on a long-running border dispute between Somalia and Kenya, redrawing their maritime boundary in a way that awards Somalia a potentially resource-rich area.

The United Nations’ highest court in The Hague, largely upheld a complaint by Somalia, one that considers the judgement to be binding and without appeal.

Kenya had previously declared that it would not recognise the ruling, warning of serious security consequences in the region and boycotting the public hearings in March.

Somalia brought the case to the court in 2014, demanding a ruling on the maritime border.

At stake was primarily an area of about 100,000 square kilometres in the Indian Ocean with potentially high oil and gas deposits.

Kenya vehemently opposed the neighbouring country’s claims for a border adjustment, explaining that the maritime border ran horizontally, parallel to the latitude.

Both countries had also agreed on this, Kenya said. But Somalia disputed this and wanted the border to be drawn south-east, in an extended line to the country’s border.

Somalia had also demanded compensation for damages, as Kenya had already granted mining licences to foreign companies, which the court rejected.