The Senate, UN Women, and other major stakeholders have called for media support and advocacy for the passage of the Gender And Equal Opportunities Bill. 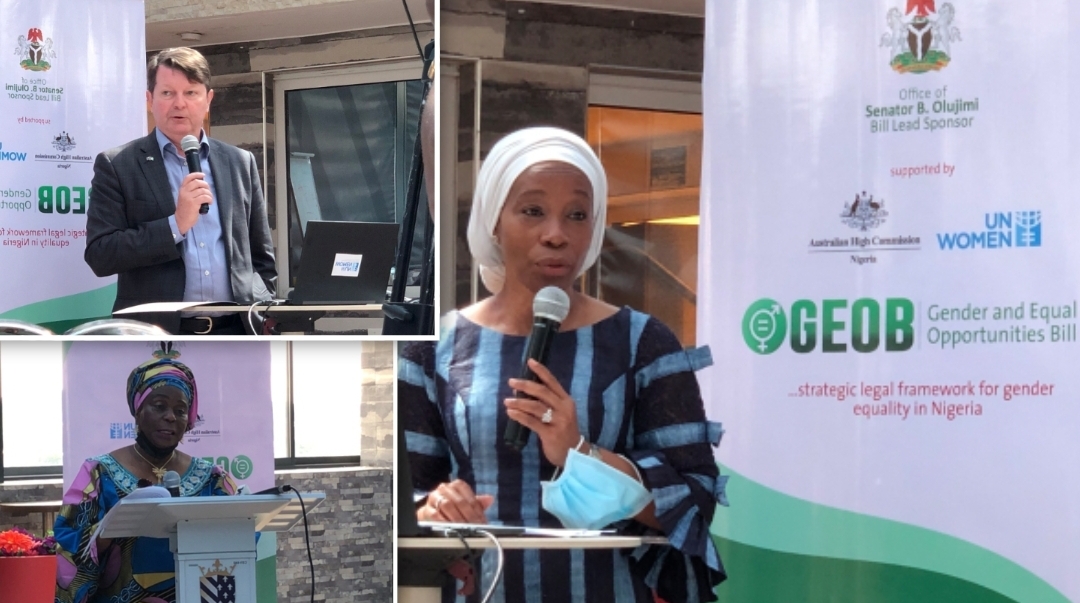 The Senate, UN Women, and other major stakeholders have called for media support and advocacy for the passage of the Gender And Equal Opportunities Bill before the National Assembly.

The UN Women, in partnership with Abiodun Olujimi, who represents the Ekiti South Senatorial District and sponsor of the Gender and Equal Opportunities Bill (GEOB), on September 28, met with stakeholders in Abuja to create more awareness about the bill.

“The bill has passed through several reviews, and with the technical assistance of our partners, UN Women, and our civil society, we have arrived at our present stage. The bill is development-oriented, and it includes provisions which will provide equal access for women, men, and youths,” said Ms Olujimi. “The bill also has key provisions such as the adoption of temporary special measures to eliminate the discrimination of women, to widen the space for women to occupy in politics and public office.”

The senator also mentioned that the bill would address several forms of discrimination against women such as land ownership, inheritance, education, employment, and sexual and gender-based violence.”

The UN Country Representative to Nigeria and ECOWAS, Comfort Lamptey, said, “We saw here in Nigeria how cases of gender-based violence skyrocketed during the lockdown. Data from March to April indicate a five-fold increase in cases across 23 States – causing the President to declare a State of Emergency on GBV.”