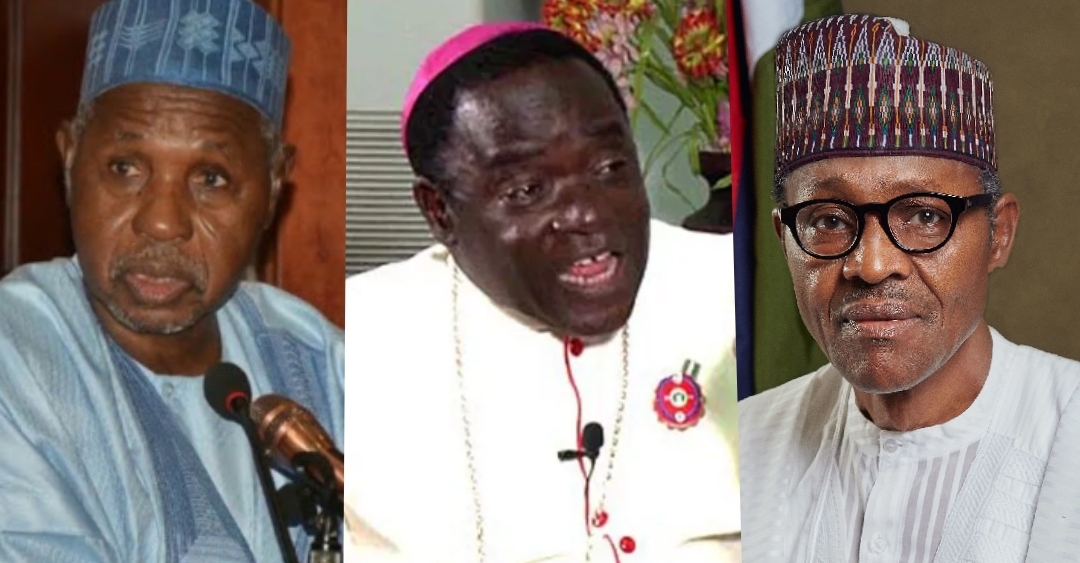 Governor Bello Masari of Katsina has described Nigerians going abroad to discuss Nigeria’s problems with foreign governments as unpatriotic and called on the elite to support President Muhammadu Buh9ari’s regime.

Mr Masari stated this against the backdrop of the Catholic Archbishop of Sokoto, Matthew Kukah’s statement before the U.S. Congress.

In a statement by his media, Abdu Labaran, the governor said “such conduct of the Nigerian elite” as Mr Kukah’s “casts the country in (a) bad light.”

The statement further noted, “The governor spoke bordering on recent calls by some prominent Nigerians on international bodies and foreign powers to forcefully interfere in the nation’s internal affairs vis-a-vis the security situation in the country.

“As a sovereign nation, Nigeria deserves the respect of foreign nations, whatever their status on the global stage may be. For any compatriot to wilfully call on foreign powers to meddle in the internal affairs of Nigeria is to display the highest level of unpatriotism.”

Mr Masari asserted that “no responsible citizen, least of all those who are foremost beneficiaries of the commonwealth,” would encourage foreign powers to interfere in the internal affairs of their nation, regardless of its adversities.

He urged Nigerian elites to borrow a leaf from their counterparts in protecting Nigeria’s integrity and sovereignty.

“In those climes, the leading citizens partner the governments to protect and advance (the) national interest. They do not go to the marketplace to expose the perceived inadequacy of their leaders,” said Mr Masari.

He added, “At these trying moments, what the nation’s leadership requires is support by way of concrete advice in private, not going public with unsubstantiated accusations which defy reason and logic.”

“It doesn’t even spare social status.”

The governor called for more commitments and prayers from Nigerians for the nation’s continued survival as one corporate entity.

He also urged Muslims to look beyond the merriments and focus on the lesson of the Eid-el-Kabir.