We will only allow state police if under federal govt supervision: APC

The party wants issues of recruitment, training, disciplinary requirements, and others, to be handled at federal level. 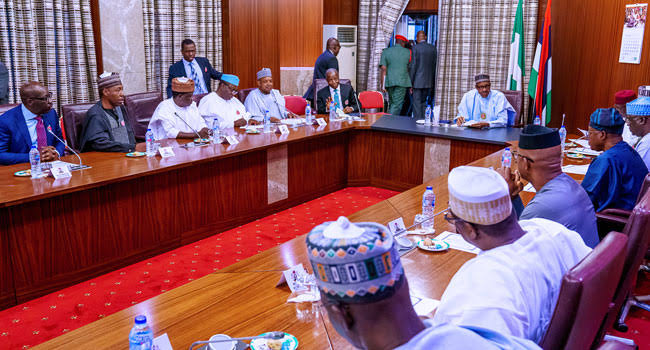 The All Progressives Congress (APC) has given conditions by which it would support the clamour for the establishment of state police across the country.

Speaking through Salihu Lukman, Director-General of its Progressives Governors Forum (PGF), on Friday in Abuja, the ruling party said it would only allow state police to operate if it was under the supervision and control of the federal police.

“There are conditions that must be met before any decision to establish state police can serve as a good response to Nigeria’s security challenges.

“This includes the requirement that processes of regulating the operations of the state police should be centralised as part of the functions of the federal police.

“Under that, for instance, issues of recruitment, qualification, background checks for those to be recruited, enforcement of disciplinary requirements, arms procurement and training for weapon handling among others, should be handled at federal level,” Mr Lukman said.

Making comparisons with higher institutions and the National University Commission (NUC), Mr Lukman said the situation would be like how the NUC serves as the regulatory body, enforcing standards across all Nigerian universities.

On the issue of funding, he said that there was also a need for a new arrangement once the creation of state police was considered, to ensure that they operated effectively. According to him, such arrangements should insulate the operations of the federal police.