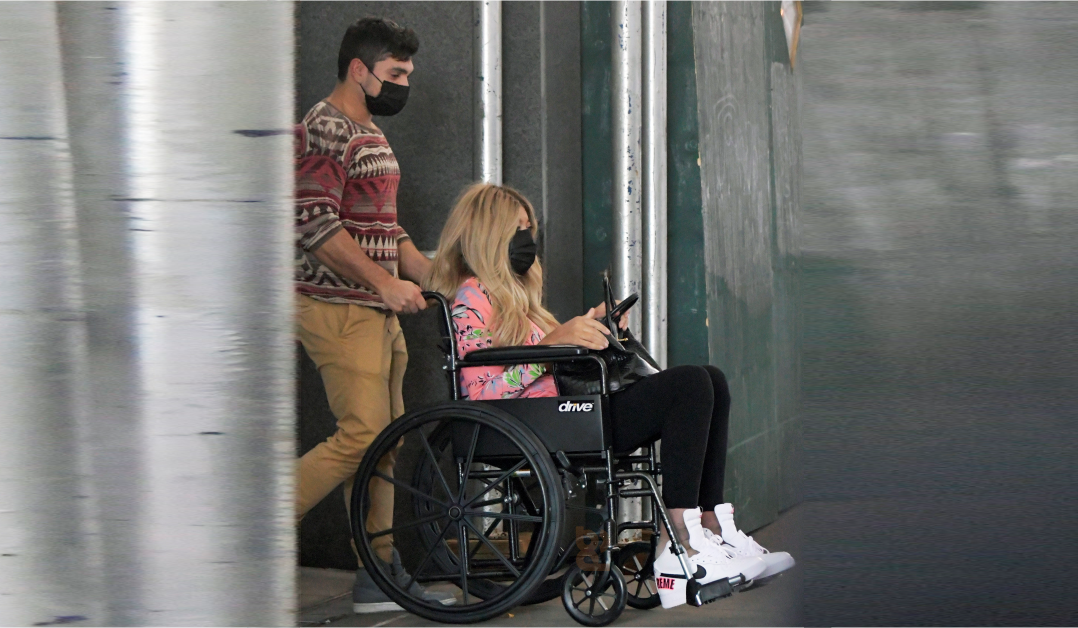 Wendy Williams on a wheel chair

Controversial talk show host Wendy Williams may not be returning to her show as she battles health issues that are more dire than she initially disclosed.

According to reports from The Rickey Smiley Morning Show, Wendy has lost all blood circulation in her legs and feet and is unable to walk, hence her being confined to a wheelchair and showing early signs of dementia.

Wendy’s brother Tommy Williams Jr, however, in an interview with The Sun, on November 23, 2021, refuted claims of Wendy’s alleged deteriorating mental health, saying she is fine cognitively.

“We haven’t had any alerts like that and I haven’t seen anything like that or have had conversations with her that would lead me to believe that,” he said. “We routinely go up and check on Wendy even though we’re all down here in Florida. I try to make it up there and my dad speaks with Wendy frequently. So no, we don’t have any concerns concerning her mental health. It’s all physical.”

Earlier this month, “The Wendy Williams Show” host gave an update on her health, via Instagram, writing:

“I’m making progress but it’s just one of those things that’s taking longer than we expected. I’m a woman of a certain age, and I know enough to listen to my doctors and will return to my purple chair as soon as we all agree I’m ready.”

She went further, writing: “I love spending my mornings with you and all and I’m doing everything to get back to work but right now, Wendy has to focus on Wendy.”

Guest hosts for the show have already been lined-up throughout the rest of the year to stand-in for the host while she recovers.