“As a governor, I have asked security operatives these questions during our security meetings. One, how are the insurgents surviving, where do they get AK-47?” 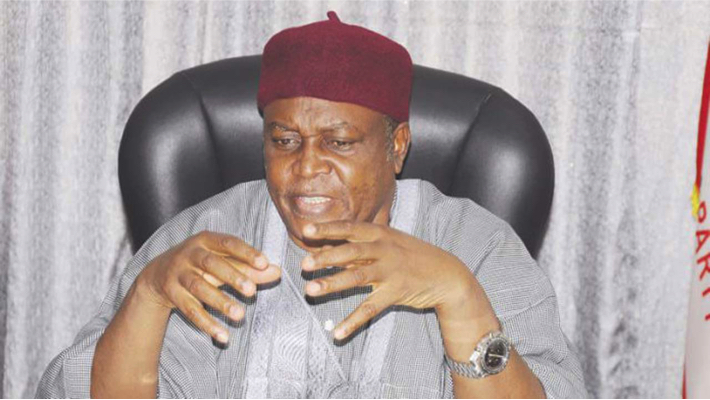 Governor of Taraba State Darius Ishaku has lamented heightened insecurity in the country, wondering how federal government could capture leader of Indigenous People of Biafra Nnamdi Kanu in foreign country but cannot deal with bandits who are killing citizens across the country.

Mr Ishaku, who appeared on Channels TV on Wednesday night, said bandits have powerful sponsors who are arming them with weapons and it is the work of Nigerians security agencies to unravel them.

“As a governor, I have asked security operatives these questions during our security meetings. One, how are the insurgents surviving, where do they get AK-47, why is it that they are invisible that they are not being caught?” Mr  Ishaku asked.

He added that “If there are no answers to this three questions, then you know that there are sponsors. These are brand new AK-47, how will a local man go buy such an expensive weapon. It is all over the place where somebody was confessing that these guns were being provided to them and they were being trained.”

The Taraba governor further said that if Nigerian security agencies could go after Mr Kanu and arrest him abroad, it should not be an impossible task to combat bandits who are killing Nigerians across the country.

“It is the work of the security agencies to get to the root,” Mr Ishaku said. “If they can go outside this country to arrest  people who are declaring for independence, why are they not able to defeat those who are killing our own citizens here in the farms?” There is more to it that meets the eye.

Asked what is the way forward to resolving insecurity problems, Mr Ishaku said “If we  put our foot down that this problems should be erased in three months, it would go,” adding that Nigeria has brilliant security agencies that could tackle insecurity.