“I think for one’s sense of balance that one should just forget about the existence of Buhari’s adminstration,” Mr. Soyinka said. 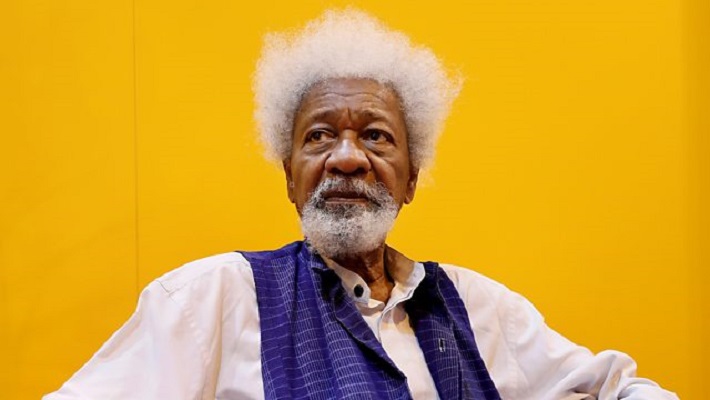 Nobel Laureate, Wole Soyinka appears to have given up on the Buhari administration, one which he once actively heralded. Probed for a comments, Mr. Soyinka said for one to maintain his or her sanity, the existence of the Muhammadu Buhari adminstration should be outrightly forgotten.

“I don’t want to talk about Muhammad Buhari adminstration at all”, Mr. Soyinka told KAFTAN TV when asked to comment on the administration of Mr. Buhari.

Peoples Gazette cannot ascertain when the interview was conducted, Mr. Soyinka, who in the past had criticised Mr. Buhari on the disregard for rule of law, poor and divisive leadership, said he would rather speak on Nigeria’s predicament than waste time talking about Mr. Buhari’s adminstration.

“I think it’s best for my sanity to just avoid that question. I can take bits and piece on Nigeria present predicament”, Mr. Soyinka said. “I think for one’s sense of balance that one should just forget about the existence of Buhari’s adminstration.”

Since Mr. Buhari assumed office as president in 2015, Nigeria economy has slipped into recession twice, while insecurity pervades the entire country as Boko Haram, bandits and kidnappers intensify their operations.

Also, Mr. Buhari’s adminstration has been characterised by human rights abuses as state agents clampdown on critics of the government.