The island nation was hit by a severe foreign exchange shortage, making it difficult to pay for critical imports of fuel, food and medicine. 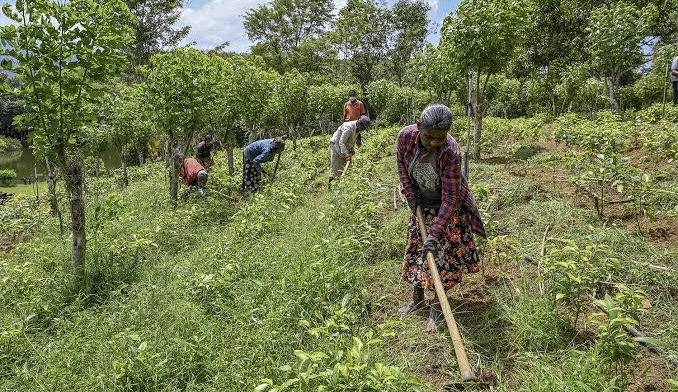 Sri Lanka has approved Fridays as a work-free day for public sector workers to help them cope with a chronic fuel shortage and encourage them to grow food.

Sri Lanka’s Cabinet on Tuesday approved a proposal for public sector workers to be given leave every Friday for the next three months to address the economic crisis.

“It seems appropriate to grant government officials leave of one working day to engage in agricultural activities in their backyards or elsewhere as a solution to the food shortage that is expected,” a statement issued by the government’s information office said.

The island nation, which employs about one million people in its public sector, has been hit by a severe foreign exchange shortage, which has left it struggling to pay for critical imports of fuel, food and medicine.

The United Nations had warned of a looming humanitarian crisis, and it plans to provide $47 million to help more than a million vulnerable people.

The government was in talks for a bailout package with the International Monetary Fund, and a delegation was expected in Colombo on June 20.

Secretary of State Antony Blinken said after a phone call with Prime Minister Ranil Wickremesinghe late Monday that the United States was also ready to help.

“During these economically and politically challenging times, the U.S. stands ready to work with Sri Lanka in close coordination with the International Monetary Fund and the international community,” Mr Blinken said on Twitter.