Mr Zulum said the committee would also manage repentant insurgents, particularly how they will leave their enclave, their rehabilitation and reintegration into society. 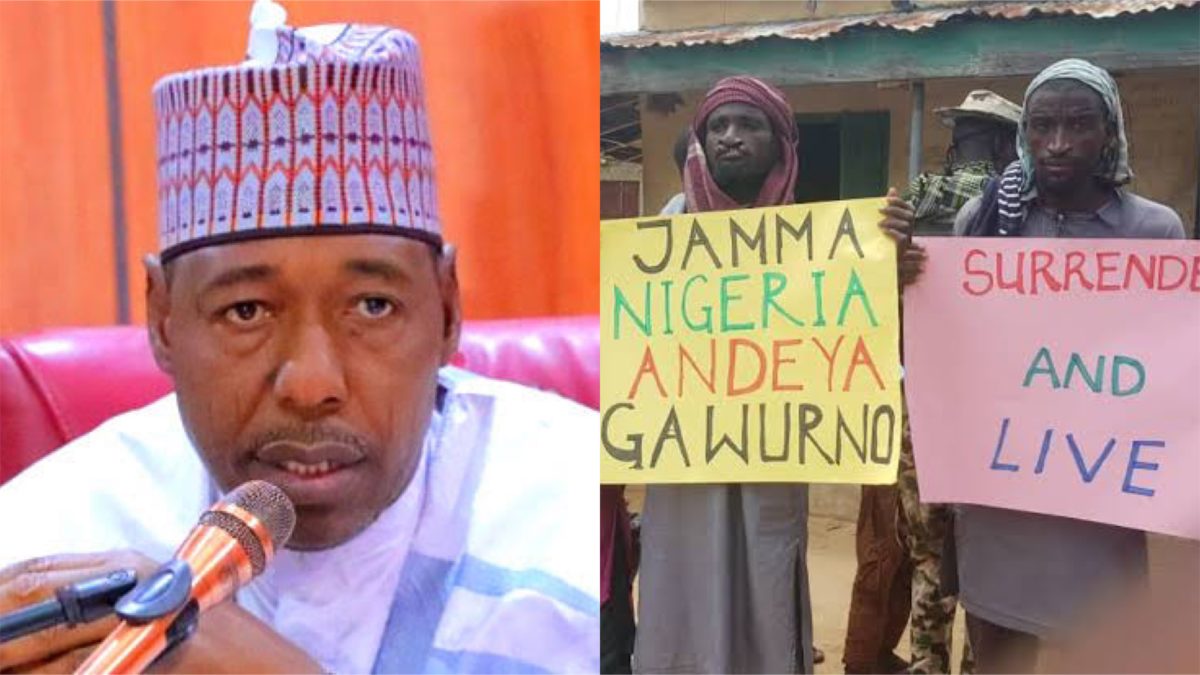 A composite of Zulum, Boko Haram and ‘repentant’ Boko Haram members used to illustrate the story

Governor Babagana Zulum of Borno has inaugurated a committee on repatriation of Borno citizens living in Chad, Niger and Cameroon and management of ‘repentant’ Boko Haram insurgents.

Inaugurating the committee on Monday in Government House Maiduguri, Mr Zulum said the committee would also manage ‘repentant’ insurgents, particularly how they will leave their enclave, their rehabilitation and reintegration into society.

Mr Zulum said proper handling of the task assigned to the committee which has Deputy Governor Umar Kadafur as chairman, would lead to increased surrender of remnants of the insurgents and bring peace to Borno for the needed development.

He explained that already President Muhammadu Buhari’s regime had constituted a similar committee on repatriation of victims of insurgency taking refuge in neighbouring countries.

The regime’s committee is headed by Vice President Yemi Osinbajo and would collaborate with that of Borno.

The governor, however, noted that there was currently a challenge of lack of space to accommodate surrendering insurgents as all the three camps provided for them had been filled to capacity.

He said the government had discussed with the theatre commander of Operation Hadin Kai, on the need to have bigger camps.

While reiterating the commitment of his administration to fund the activities of the committee, Mr Zulum urged its members to look for other sources of funding from public and private organisations.

He explained that a few months ago, his administration secured €15 million as support from Germany and was being managed by the United Nations Development Programme (UNDP).

The committee’s co-chairman, Kaka Shehu, assured the government and people of Borno of their commitment to fully discharge their responsibilities.

Mr Zulum also inaugurated a committee for the resettlement of residents of Mairari and Gudumbali, the headquarters of Guzamala local government area.

The area is the only remaining local government headquarters in Borno whose residents have yet to return since its recovery from insurgents.