Twenty-four-year-old Ajuma Abah has been crowned ‘Queen of Peace Nigeria’ in a pageant organised by a foundation. 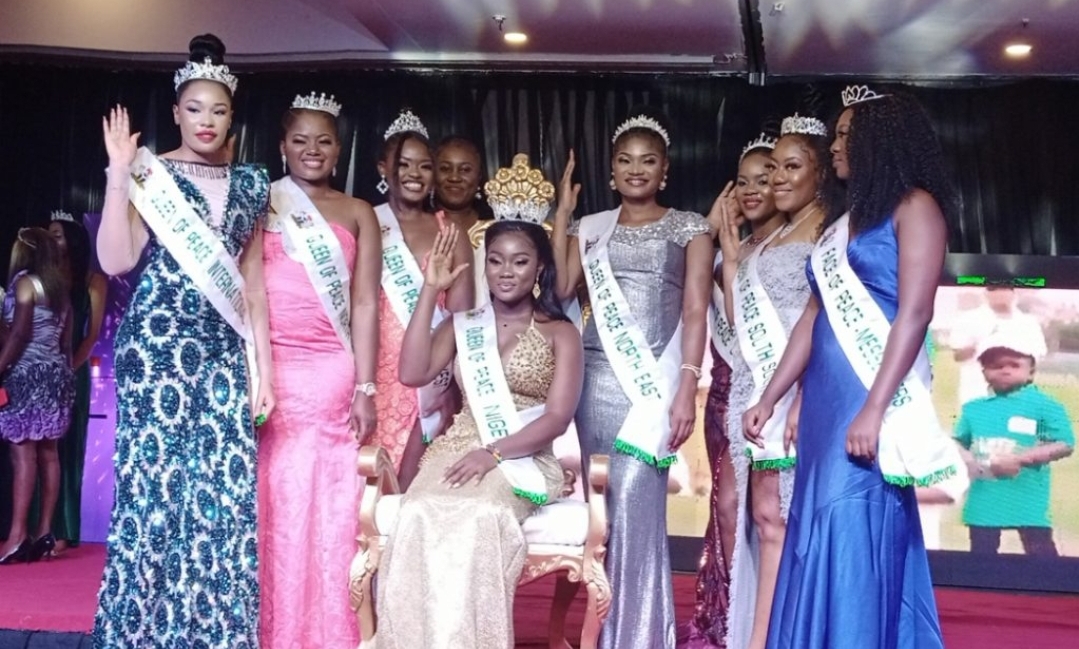 Twenty-four-year-old Ajuma Abah has been crowned ‘Queen of Peace Nigeria’ in a pageant organised by a foundation.

Ms Abah, a graduate of Botany from Kogi University, who represented the Kogi, was crowned in the early hours of Thursday in Abuja.

She defeated 25 other contestants to emerge the overall winner of the pageant, organised by Messengers of Peace Foundation.

Ms was also awarded the ‘Overall Best Queen’ and the ‘Most Eloquent Queen in Camp.’

All the winners, including ‘Face of Peace Messenger’, took the oath of office.

FCT’s minister of state Ramatu Aliyu, Minister, matron of Queen of Peace, Nigeria International, in her address, said peace was important for the progress of any nation.
Aliyu appreciated the organisers and admonished the Queens to be advocates and ambassadors of peace in their endeavours.

Earlier, the National President, Messenger of Peace, Suleiman Adejoh, said the contestants underwent two weeks of mentoring on peace and how to enhance peace in Nigeria and the world in camp.

“Each of them was given copies of the 1999 Nigerian Constitution as amended,” he said. “They were lectured on peace and security from officers of the Nigerian police and officials from Institute for Conflict and Peace Resolution and other stakeholders from the United States.”

He added that the main objective was to promote peace within Nigeria and across the country.

“The queens will represent the six geopolitical zones of the country. While the lead Queen will be promoting peace in Nigeria, the ‘International Queen’ shall be responsible for promoting peace through Nigerians living abroad,” explained Mr Adejoh.