As the 2023 presidential election approaches, political parties and politicians are mobilising the support of Nigerians even in the strangest of places. 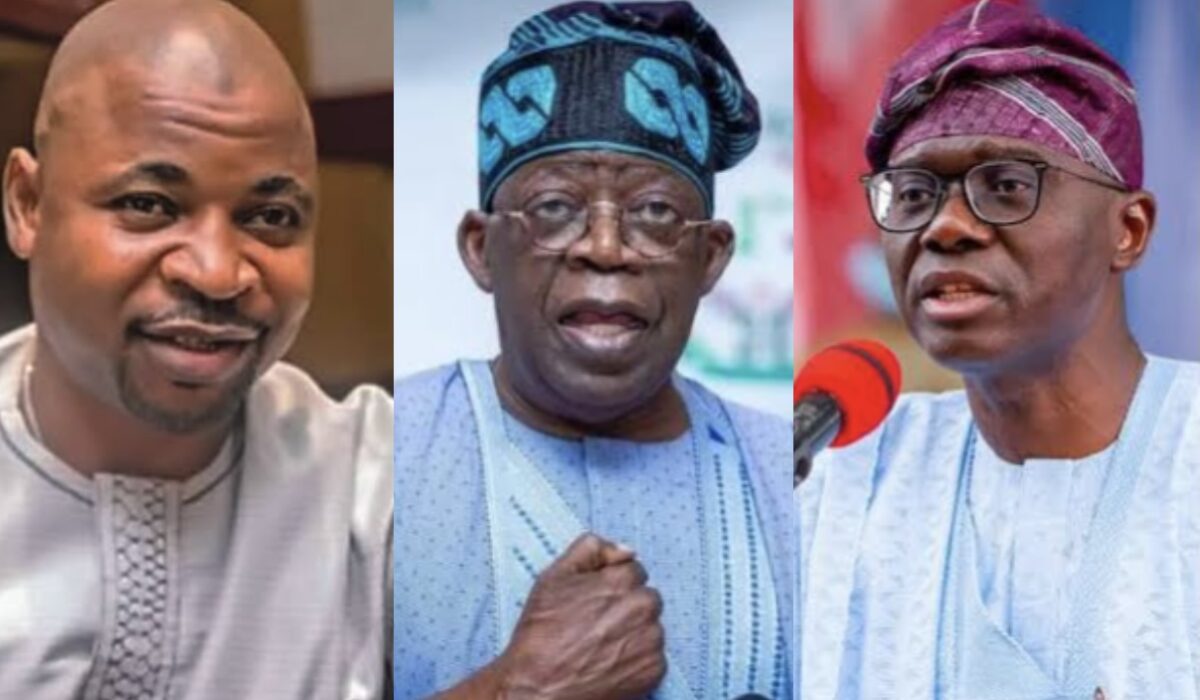 On Sunday, October 9, 2022, one unprecedented outrage happened in Lagos that left sane residents wondering if there shouldn’t be a limit to what is acceptable as lawlessness in a megacity that prides itself as the Centre of Excellence.

Lagos already has a reputation for the anarchy and criminality of Agberos, but their nefarious activities received the validation of the Lagos political elite class when they embarked on a so-called Solidarity Walk for APC Presidential candidate Bola Tinubu and Governor Babajide Sanwo-Olu. As the 2023 presidential election approaches, political parties and politicians are mobilising the support of Nigerians even in the strangest of places. Indeed, strange bedfellows and former enemies are aligning and re-aligning under the same political camp they had either derided or defected from.

But as they say, in politics, there are no permanent enemies or friends, as interests which may seem different today may attract both foes and friends alike. But politicians are also known to possess the ability to attract strange bedfellows in the same camp just for the purpose of winning elections.

This is part of the win-at-all-cost syndrome that has defined Nigeria’s politics since the country began experimenting with voting for Independence. The 1964 elections to the Second Republic and all subsequent elections that had spiralled into violence are examples of politicians failing to play fair and deploying extra-judicial means to cheat the system through violence. This has been the general state of affairs in every election in Nigeria. The violent rhetoric and alignments by politicians with individuals and groups who many, and even the government itself, have outlawed and criminalised leave Nigerians wondering if politicians are prepared to do things differently.

Such a tendency was on display on Sunday morning when the Parks Management Committee Chairman, Musiliu Akinsanya, popularly known as MC Oluomo, held a so-called Five Million Man March for Tinubu/Shettima and Sanwo-Olu second term bid. The March was one out of many being organised by supporters of presidential candidates vying to lead Nigeria in 2023.

These marches have become a show of force or a demonstration of who has the most supporters by supporters of the political parties and candidates. But the Solidarity March for Tinubu was strange and surprising given the antecedents of a group known for their thuggery, violence and lawlessness in the megacity. Even more shocking is the fact that armed security personnel, led by Nigeria Police, Department of State Service, DSS, and Lagos Neighborhood Safety Corps. LNSC, among others, provided protection for participants that included Nollywood celebrities.

As a background, the Lagos State Parks and Garages was the newly constituted committee by the Lagos government after the national body of the National Union of Road Transport Workers suspended Mr Akinsanya for insubordination and allegations of sponsoring violent attacks on the branches of the association in Lagos.

The NURTW had also accused him of inciting members of the state chapter against the apex body. The events that led to MC Oluomo’s appointment as Chairman Parks Management Committee came less than twenty-four hours after he was sacked by the NURTW. The state then proceeded to suspend NURTW operations in all parks and garages after MC Oluomo had announced that the state chapter had pulled out of the national union hours after his suspension. In a statement, Lagos government spokespersons Gboyega Akosile and Gbenga Omotosho announced that the committee would oversee the affairs of all motor parks and garages in the state and would report to the Ministry of Transport.

The role of the state government in the appointment of MC Oluomo and giving him the same role he played in NURTW is curious and has left many observers wondering if the change of name is not to continue the status quo. Why did the state government quickly respond to the crisis between Oluomo and NURTW if it was not benefitting from the former structure and planned to support and continue the extortion of Lagos transporters under the new arrangement?

That the committee under Oluomo will still be overseeing the affairs of Parks and Gardens in Lagos with the same NURTW structure that the state government had proscribed is hypocritical and insincere. Is it not the same NURTW structure now collapsed into the new arrangement with membership drawn from agberos, areas boys who are seen daily terrorising commercial bus drivers and carrying out acts of violence in the state during park takeovers that had led to their ban in Lagos over the years even as the state government had tried unsuccessfully to curb their violent activities?

That is why I find it strange that a government that had previously distanced itself from an organisation once headed by MC Oluomo in Lagos and had declared him persona non-grata would consider him suitable and begin a romance with him under a new name.

It beggars belief that a violent group whose members had at various times been involved in factional clashes with rival gangs has now been beautified and named Committee on Parks and Gardens. We have seen how ‘Agberos’ and hoodlums, in a bid to take over parks and garages, wielded guns, cutlasses, knives, clubs and dangerous weapons and engaged in violence that has paralysed business activities at different times in Lagos.

That they have now become the darling of Lagos and are even supported to stage a solidarity walk is worrisome. How preposterous is it to ban NURTW and still use the same structure to prop up a Committee on Parks and Garages headed by the same man who was the Chapter’s Chairman?

Who is fooling who? Does it not mean the state government tacitly supports the brigandage unleashed on citizens by factions because of the patronage it enjoys from the illegal levies and various monetary collections from transporters in the state?

Was it not the same structure that had been banned in the state for fomenting trouble and putting the lives of residents at risk, and damaging properties? So what the state government did was to surreptitiously support MC Oluomo in its fight against the national body of NURTW, proscribe them in Lagos and name him the head of another committee carrying out the same functions with the same structure.

What is more embarrassing is the fact these same set of Lagosians who have unleashed terror on Lagosians in their different factional fights were supported to do a Solidarity March for a former governor of the state who is now APC presidential flag bearer.

Why is the Lagos government supporting these acts of lawlessness of an individual known to have a long history of violence with different factions clashing and causing mayhem in the state? Does Sanwoolu not care about the implication on his image and perception of leadership in the state when these fellows are propped up just because they bring illegal returns to the state or can mobilise votes by all means necessary?

That the governor had even to make available state agencies like LASTMA is a cause for worry. If the governor could deploy state institutions and give them all the support, then what would happen during the election? The governor must know that there is life after an election, but the monster you allow today will turn around to devour you tomorrow when the table turns.

The ‘Solidarity March’ for Tinubu also raises questions about the role of the so-called committee with its former NURTW structure, considering the violence they have unleashed on the state in the past. If he wins the presidency, it is safe to assume they will even get more emboldened and cause more pain to Lagosians who are already affected by their activities as they commute in the city. What does it say when the state government openly endorses the Walk while deploying state machinery to divert and manage traffic? The march for Tinubu and Sanwoolu is bad optics for the Sanwoolu and Tinubu. In a sane society, the army of agberos who have been involved in several factional clashes that have left many dead and injured with collateral damages of shops looted and people maimed should have faced the law for breach of peace and not marching to get a president, or the governor elected. But alas, this is Nigeria.