The president met his national security team in Abuja on Thursday. 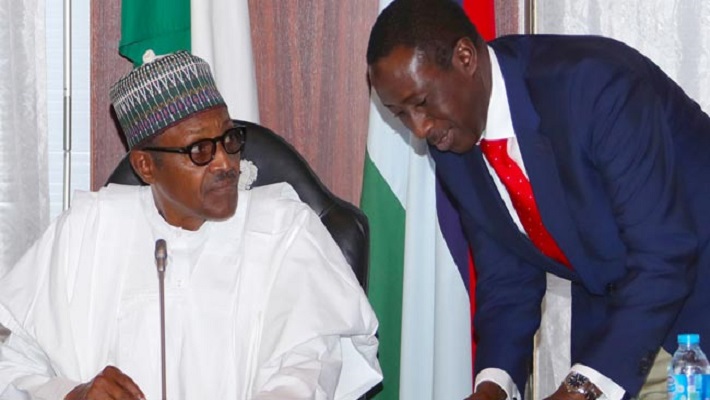 President Muhammadu Buhari is coming up with solutions to the ongoing protests against police brutality, NSA Babagana Monguno said on Thursday after a meeting of security chiefs the State House.

Mr. Monguno said the president would deal with the crisis that is currently ravaging the country decisively in a few hours.

“The president himself, I have just left his office, is also going to deal with these issues in a specific manner apart from what has just taken place in council.

“I believe in the next couple of hours Mr. President will come up with certain solutions that  will be agreeable to the entire federation,” Mr. Monguno told State House reporters Thursday afternoon.

The NSA did not say whether or not the solutions will be delivered via a broadcast or the president’s aides will only issue a statement.

Nigeria has been in chaos since armed thugs and state agents started breaking into #EndSARS campaign against police brutality.

The campaign began on October 8 and has gained worldwide support, but armed thugs, many apparently sponsored, have been disrupting the protests, causing deaths and vandalism.