The DR Congo side join Nigeria’s Bayelsa Queens in Group B of the competition’s group stage. 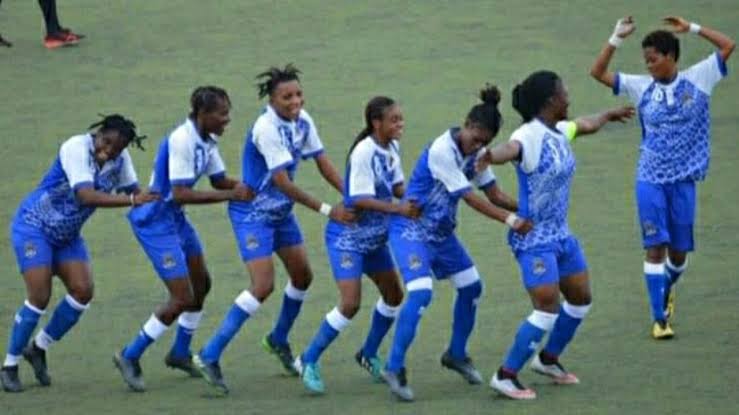 TP Mazembe women’s football team of Democratic Republic of Congo have qualified for their maiden appearance in the CAF Women’s Champions League.

The competition is billed for Morocco from October 30 to November 13.

The DR Congo side join Nigeria’s Bayelsa Queens in Group B of the competition’s group stage.

They had defeated Cameroon’s AS AWA FC 2-1 in the final match of the UNIFFAC competition which served as the zonal qualifiers.

Goals from Justine Onderumbu Bousu and Merveille Kanjinga in the 31st and 82nd minutes respectively earned them victory over the Cameroonian team.

Farida Machia had drawn AS AWA level in the 52nd minute to raise hopes of a possible stalemate.

TP Mazembe’s qualification now means all the eight clubs which will participate in the final competition in Morocco are confirmed.

The competition’s draw had earlier seen them grouped together with defending champions Mamelodi Sundowns Ladies of South Africa, Bayelsa Queens and Wadi Degla of Egypt.

Hosts ASFAR FC of Morocco, bronze medalists in last year’s WCL, are in Group A alongside Simba Queens of Tanzania, Green Buffaloes of Zambia and Determine Girls of Liberia.