Mr Rufai is to pay $604,260 as restitution. This is contained in court documents obtained by Peoples Gazette. 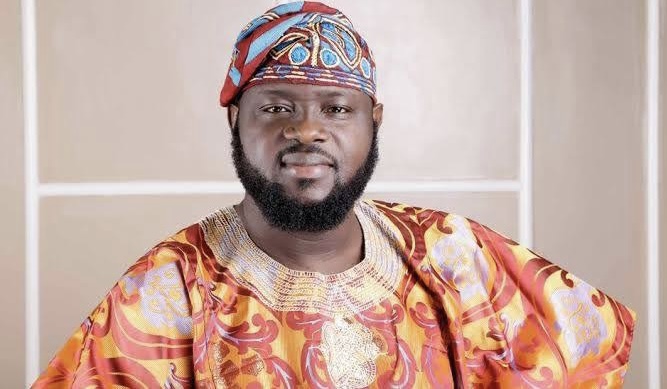 Mr Rufai is to pay $604,260 as restitution. This is contained in court documents obtained by Peoples Gazette.

“The defendant must pay interest on restitution and a fine of more than $2,500, unless the restitution or fine is paid in full before the fifteenth day after the date of the judgment, pursuant to 18 USC 361200,” said the document. “All of the payment options on Sheet 6 may be subject to penalties for delinquency and default, pursuant to 18 USC § 3612(g).”

Mr Rufai was sentenced on Monday to five years in prison for wire fraud and aggravated identity theft for his attempt to steal nearly $2.4 million from the United States government, including approximately $500,000 in pandemic-related unemployment benefits.

The sentences will run consecutively at the U.S. correctional facilities in Fort Dix, New Jersey, or the Northeastern Regional, court filings said.

In May, Mr Rufai pleaded guilty and entered a plea agreement, according to court documents from the district court for the western district of Washington.

It also disclosed that Mr Rufai “used this stolen PII to obtain 15 federally-funded benefits under various relief programs fraudulently, and by submitting fraudulent 16 claims for tax refunds, in the names of the Americans.”

Mr Rufai is to pay $604,260 as restitution. He must also list all assets linked to him, including through his spouse and proxies, that will be seized if he cannot pay.

Mr Rufai is alleged to have employed a feature of Gmail, Google’s free email service, using a single email account to file multiple unemployment claims in Washington. He was also alleged to have used stolen social security numbers and other personal data.

Last year, the Federal Bureau of Investigation disclosed that it had been monitoring Mr Rufai

since 2017 after filing 652 fraudulent tax returns in the United States.

“When disaster struck, so did Mr Rufai,” Seattle U.S. Attorney Nick Brown said in a news release. “Whether it was hurricane disaster relief, small business loans, or COVID unemployment benefits, he stole aid that should have gone to disaster victims in the United States.”

Peoples Gazette had reported that Mr Rufai had been apprehended by security personnel in New York as he tried to flee the U.S. to Nigeria via Amsterdam.

Abidemi Rufai has been in custody since his arrest at New York’s JFK airport in May 2021. The Eastern District of New York U.S. Attorney’s Office assisted with detention hearings following Rufai’s arrest.

Mr Rufai was widely known as a notorious Internet fraud ringleader in Lagos and Ogun for many years. It was unclear whether or not Mr Abiodun was part of the syndicate or whether the FBI had identified him as a person of interest in his associate’s fraud conviction.