A lawyer by profession, his scholarship was steeped in humanist, Pan-African ideas. 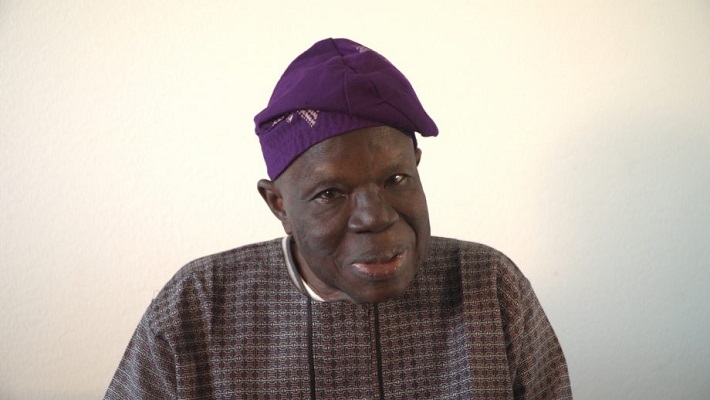 When he first left power in 1979 as military Head of State, Olusegun Obasanjo, the four-star general who ruled Nigeria for three years and seven months from February 13, 1976, to the first day of October 1979, chose to return to Ibadan where, as Garrison Commander, his military career had taken off a decade earlier. Forsaking the barracks in Mokola and the cantonment in Odogbo, he chose instead to settle in between the two locations in Agbowo, the sleepy neighbourhood that hosts the University of Ibadan. At the university, Obasanjo found a home in the Institute of African Studies, where he struck up a partnership that would prove prolific.

In several turns as muse, provocateur, collaborator and intellectual adversary, Folarin Olawale Shyllon, who died on January 13 at the age of 80, was the self-effacing thinker who was instrumental to making Obasanjo’s sojourn at the Institute as productive as it proved. Published by the University of Ibadan in 1980 under their joint authorship, their monograph on ‘The Demise of the Rule of Law under the Military’ records the debate between Obasanjo and Shyllon and remains arguably a defining record of how the military under-developed Nigeria.

Folarin Shyllon had his legal education at King’s College, University of London, from where he graduated with a master’s degree in law in 1967. A lawyer by profession, his scholarship was steeped in humanist, Pan-African ideas. He was at heart a historian and spent much of his career in African studies. His twin tomes on ‘Black Slaves in Britain’ and ‘Black People in Britain, 1555-1833′, both published by Oxford University Press in 1974 and 1977 respectively, established his intellectual credentials as a scholar of extraordinary ability, depth and versatility. In 1984, he became a professor of law.

The department of law in University of Ibadan began in the Faculty of Social Sciences in 1981, then under the deanship of Professor R.K. Udo. For this task, they had recruited Professor M.I. Jegede from the University of Lagos as pioneer Head of Department. When Professor Jegede left in 1983 after two years, the University Senate turned to Professor Shyllon. He was 43.

The founding Dean of the Faculty of Law at the University of Ibadan, Shyllon approached the task of building the faculty with quiet skill and method entirely in keeping with his character. At the time, the faculty comprised a nondescript piece of real estate at the colo-rectal end of the university populated by three largely ramshackle, dis-used bungalows. This task was suited to his quiet, methodical style.

Shyllon recruited wisely and brought original thinking to building a new law faculty. Under him, the Department of Law at the University of Ibadan challenged the staid mind-sets that dominated legal education in Nigeria. It pioneered the teaching of Environmental Law as a core course, where the late Professor ‘Folake Okediran had his support in a task that changed the face of legal education in Nigeria.

What he met, he also improved. Under Shyllon, for instance, Smaranda Olarinde, now Professor of law and Vice-Chancellor of Afe Babalola University in Ado-Ekiti (ABUAD), revolutionized the teaching of family law, moving it from Victorian strait-jackets which largely saw women as property, to integrate gender studies, constitutional and human rights into the curriculum. Yemisi Bamgbose, who joined the faculty under him, would go on to lead it as Dean and become Senior Advocate of Nigeria (SAN). Professor Shyllon also recruited Yemi Akinseye-George, himself also today a law professor and SAN, as law lecturer in Ibadan in 1989.

When I first encountered Professor Shyllon in 1988, he was Dean of Law. I was barely out of my teens and had joined the staff of the faculty as a teaching assistant. Many of the lecturers on the regular faculty didn’t know that I was a staff, and most treated me like I was not. On more than one occasion, the late Professor J.D. Ojo, whose expertise ironically was in the law of university administration and whose memory for names and faces was not always very strong, tried to throw me out of the staff room, where I shared space with other teachers, because I belonged to the lower band of the age bracket of the students (law was then a second degree in the university) and looked the part. Professor Shyllon, in his soft-spoken manner, enabled me to see humour in that experience but also quietly made sure it did not happen again. As Dean he could justifiably have offered me no attention. Yet, Shyllon found time to support me, meet with me regularly, provide me with invaluable mentorship and encourage me in the pursuit of a career in active thought.

Delivered in 1987, Shyllon’s University of Ibadan Inaugural Lecture on Freedom, Justice & the Rule of Law, was the first to be given by a law professor since the inception of the university in 1948. It captured concerns that animated his entire academic and professional life and governed his lifelong commitment to decency and fairness. In fact, his core expertise was in the rarefied area of cultural property (including cultural artefacts and monuments) where he did most of his research and publishing and where he was arguably Africa’s foremost and most knowledgeable expert. One of his more influential works was on “The Poverty of Documentary Heritage Management in Nigeria”, published at the turn of the Millennium in the International Journal of Cultural Property.

When his friend, Olusegun Obasanjo, returned in 1999 to power as Head of State, Shyllon, entirely in keeping with his commitment to a life of ideas, did not go looking for appointments in government. Upon retirement from Ibadan in 2005, Folarin Shyllon took time off to work as a Fellow of the W.E.B. DuBois Institute for African and African American Research at Harvard University in Cambridge, Massachusetts. At the request of the state government, he returned in 2007 to Olabisi Onabanjo University in Ago Iwoye, Ogun State. Having served effectively as Dean of Law in Ibadan from the age of 43, Shyllon found himself, 25 years later, installed again as Dean of Law in 2007 to mentor a new generation of careers in legal education.

Reluctantly, after Obasanjo’s retirement from power, he accepted to serve on the board of the Federal Inland Revenue Service (FIRS). It gave him particular pleasure to lead the Committee on the Advancement of the National Archives of Nigeria, where he worked hard to bring his life’s work to fruition despite the best efforts of many committed to subverting that.