Nigeria, the most populous country in Africa, attained her independence from the British colonial lords on October 1, 1960. 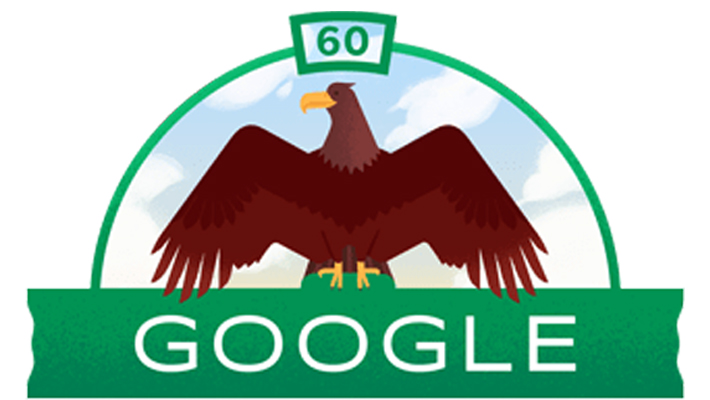 The American multinational company had a responsive green and white colour doodle with an image of an eagle on its home page in commemoration of Nigeria’s six decades together as a united entity.

Nigeria, the most populous country in Africa, attained her independence from the British colonial lords on October 1, 1960.

The country has had seven military rulers within its 60 years of independence, but has seen uninterrupted constitutional democracy since 1999.

President Muhammadu Buhari, in a national broadcast, addressed the country on Thursday morning, extolling the country’s values and charting a new course for her future.

However, some Nigerians have scheduled October 1, for a nationwide protest against increasing insecurity, economic hardship, increase in petrol pump price and hike in electricity tariff.

Omoyele Sowore, leader of Coalition for Revolution, in a statement sent to the Gazette Wednesday called “on all Nigerians at home and in the diaspora to come out en masse on October 1 and participate in a massive peaceful protest to demand the reversal of anti-people policies implemented by the President Muhammadu Buhari-led administration”.