Mr Wike said the security operatives could have assassinated Mrs Odili and the federal government would just deny knowledge. 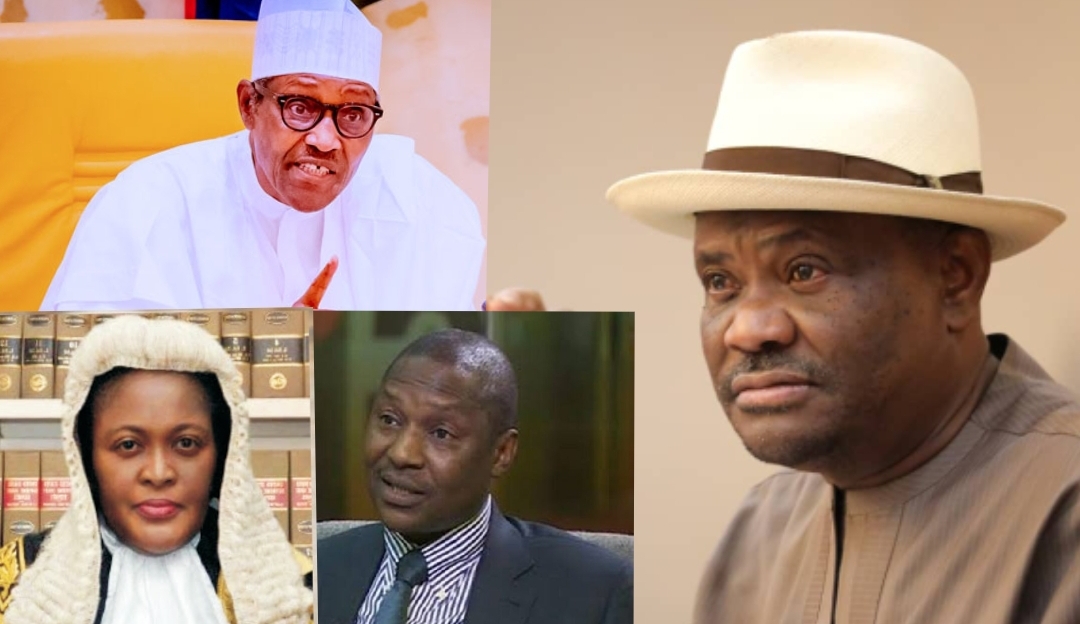 Governor Nyesom Wike, together with Rivers State leaders of thought, has demanded that culprits in the failed swoop on Supreme Justice Mary Odili’s residence be identified and brought to justice.

Mr Wike made his comments on Sunday at a press conference at Transcorp Hilton, Abuja.

“I will think that it is an attempt to assassinate Justice Mary Odili and the husband and the members of the family because there are no two ways about it,” Mr Wike said, “and if they had succeeded, all the federal government would have told us is we would get to the root of the matter. That’s the normal language. Then, after one or two weeks, everybody will be quiet, but this will not be the same because this is an assassination attempt.”

In his address, Mr Wike noted that a pattern had emerged showing that the Odili family was being targeted by the Buhari-led regime.

Mr Wike drew connections between the first reported invasion of Mrs Odili’s residence after the apex court judgement on Bayelsa governorship which the jurist participated in and the second invasion that transpired on Friday and the seizure of former Rivers governor Peter Odili’s passport upon his return from travels abroad, saying the Buhari-led regime must convince the masses that it was uninvolved in these instances.

“We want to let the world know that we have watched with keen interest what has happened to the family of Dr Peter Odili, in particular, the wife who is a Justice,” Mr Wike said, “You will recall sometime over a year now, she was in the panel that gave judgement in Bayelsa state. After that judgement that threw out the APC candidate, Lyon, those who were not happy went and barricaded her residence.”

Mr Wike then issued a 48-hour ultimatum for the Federal Government to identify the officers involved in the invasion, noting that the name of the individual who complained of illegal activity at Mrs Odili’s residence and the security officers that raided it was public information, and as such, the government has no reason not to take action against them.

“Having known that a magistrate was the one who gave that order and having known it was the police that applied for such a search warrant, you cannot now say that they are people you don’t know. The names of the policemen are there,” Mr Wike said.

The officers later vacated Mrs Odili’s residence after the chief magistrate that issued the authorised search warrant revoked it, accusing the Attorney General Abubakar Malami and the Justice ministry of misrepresenting facts and supplying false information to the court.

Mr Malami and the anti graft body have denied their involvement in the raid despite the public asset recovery panel under Mr Malami’s supervision being named in court filings as well as court documents noting that the informant reported his findings to the EFCC.