Eviction notices slammed on the herdsmen in some Southwestern states has sparked a national controversy. 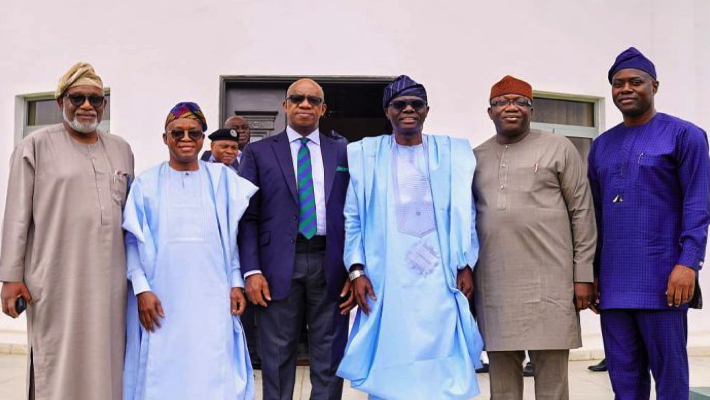 The national leadership of Fulani cattle breeders association, Miyetti Allah, is currently in Akure, the Ondo state capital, to meet with governors of the South-West geopolitical zone as the seven-day ultimatum issued by Rotimi Akeredolu to Fulani Herdsmen to vacate the state forest reserve elapsed on Sunday.

Revealing the development to Punch, Bello Garba, the chairman of the Miyetti Allah in Ondo state, said that the association will on Monday  meet the governors to find a lasting solution to the brewing  crisis in the region.

“The National Chairman of Miyetti Allah is in town now,” He said. “I cannot talk about what we want to discuss at the meeting but I can assure you that we are going to address the press tomorrow after the meeting.”

The national leader of the group, Abdullahi Bodejo, had asked Governor Akeredolu to reconsider his seven-day ultimatum issued to the herdsmen.

Mr. Bodejo argued that “The Ondo State governor doesn’t have any right to give such an ultimatum to our people,” claiming that the people, including the Fulanis voted for him to be the governor; so he should be the governor of everybody in the state.

Also expected to be discussed at the meeting is the unconstitutional eviction notice issued by activist Sunday Adeyemo, alias Igboho, to the Fulani cattle herders in Ibarapa land, a predominantly agrarian community in Oyo State that has reportedly been ravaged by cases of kidnapping, raping and farm destruction by the herders.

Mr. Adeyemo’s eviction notice to the herdsmen had sparked a national controversy that saw notable Nigerians suing for peace and caution.