Yetunde Adeyanju, former commissioner of water resources and sanitation in the cabinet of Mr Akeredolu, recently defected to the PDP. 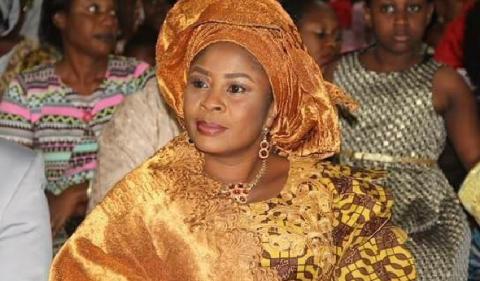 The Peoples Democratic Party (PDP) in Ondo has accused Governor Rotimi Akeredolu of the All Progressives Congress (APC) of denying the opposition party venue to welcome a decampee and former cabinet member in his government.

The PDP had announced that a former Commissioner, Yetunde Adeyanju, in the cabinet of Mr Akeredolu, was set to defect to the PDP.

Mrs Adeyanju, a prominent politician, who enjoys wide support from locals in the Odigbo area of the state, had in July 2022, resigned from the APC-led government of Mr Akeredolu.

The former commissioner, who initially headed the Ministry of Water Resources and Sanitation, tendered her resignation after she was redeployed from the water resources ministry to the Ministry of Planning and Urban Development.

The PDP in a statement on Monday condemned the alleged directive by Mr Akeredolu to deny the party the use of Government Field Ore to receive Mrs Adeyanju.

“As preparations were on top gear for the event, the Area Commander arrived to disperse leaders and party supporters as directed from above,” Kennedy Peretei, the spokesperson for the PDP in Ondo said in the statement obtained by Peoples Gazette.

It was gathered that the PDP had paid N200,000 to use the Government Field Ore venue to receive Mrs Adeyanju and other detectors from the APC.

Speaking further, Mr Peretie told The Gazette that police operatives, led by the Area Commander, arrived at the venue in the early hours of Monday to disperse the PDP supporters, stating that they were “directed from above,” and without any refund.

“The Governor cannot stand his former Commissioner joining the PDP just 48 hours before the commencement of Campaigns.

“There is no doubt, Akeredolu is jittery that his party, APC, having performed very woefully will be disgraced at the 2023 general elections,” he added.

According to him, “This level of high-handedness and abuse of public office will not save Akeredolu and his party from failure.

“Our party advises Mr Governor not to allow his fears about failure to cloud his reasoning, as this will consume him. Government Field Ore does not belong to him but the people of Ondo State,” Mr Peretie stated.

However, the Ondo government denied the claim of the opposition party, describing the allegations as “mischievous”.

Reacting in a phone conversation, the Commissioner for Information and Orientation, Bamidele Ademola-Olateju, told The Gazette that there was a clash in using the venue between the opposition party and the members of the ruling APC.

“What happened was that the PDP and the APC had a clash of the use of the venue in the Odigbo area as both parties had their canopies already set up for different events at the same venue.

“And to avoid any form of security threat, the police had to inform the leaders of the two political parties to proceed to their respective party secretariats and hold their event over there to avoid political clash.

“The police have to disperse them to leave the venue. So, it wasn’t that we denied her (Adeyanju) and the opposition party from using the venue as claimed,” Mrs Ademola-Olateju told The Gazette.