Dotun Babayemi is seeking to upturn the election of governor-elect Ademola Adeleke as the PDP candidate for the July 16 Osun guber election. 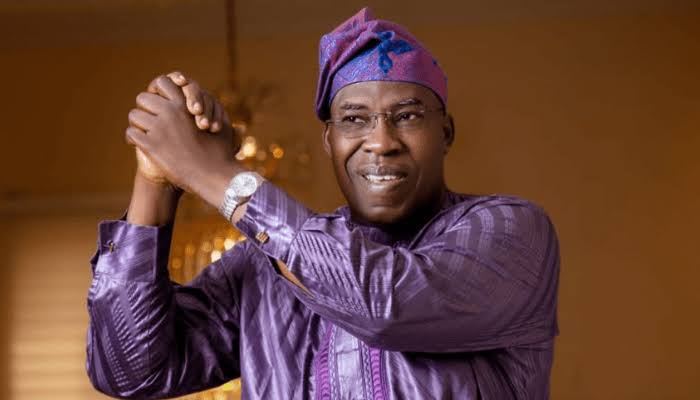 The Peoples Democratic Party (PDP) has asked aggrieved former Osun governorship aspirant of the party, Dotun Babayemi, not to seek further legal action against the candidature of governor-elect Ademola Adeleke.

In a statement by the Osun PDP Caretaker Chairman, Akindele Adekunle, the party said that “the primary that produced Senator Adeleke fulfilled all extant regulations and legal requirements in line with the electoral act among others.”

Mr Adekunle further said that “The party not only duly authorised the primary, the right delegates participated at the right venue with right statutory supervision while a valid court order equally mandated the holding and organisation of the governorship primary.”

The PDP said it was worried that Mr Babayemi was a tool of the All Progressive Congress (APC) to truncate its victory, adding that “Any hope of stealing people’s mandate for Senator Ademola Adeleke through the backdoor is a venture doomed from conception.”

PDP noted that a Court of Appeal ruling on the matter should have put paid to further litigation on the primary, warning that any decision to pursue the issue further will smack of open anti-party activity and a direct disrespect for Osun voters.

The party said that it was calling on the politician to discontinue his case and also “toe the path of honour and embrace the overwhelming choice of Osun people.”

Mr Adeleke had won the July 16 Osun governorship election with 403,371 votes and winning in 17 of the state’s 30 local government areas to defeat the incumbent and APC candidate, governor Gboyega Oyetola, who scored 375,027 votes and won 13 of the LGAs.

Mr Oyetola has refused to congratulate Mr Adeleke and is said to be seeking to challenge the victory, with Kunle Adegoke, a member of the governor’s legal team revealing last week that 50 lawyers had indicated their interest to support Mr Oyetola’s claim.

The outgoing governor had told his supporters last Friday in Osogbo that his defeat was a “temporary setback”, adding that “It is a test of our resolve by God and we will continue to stand by him. Ours is God’s project and we shall not despair.”