Pelosi Visit: U.S. must not be allowed to become “world policeman”, China says

The Chinese Foreign Ministry carpeted the United States for its meddlesomeness in its standoff against Taiwan. 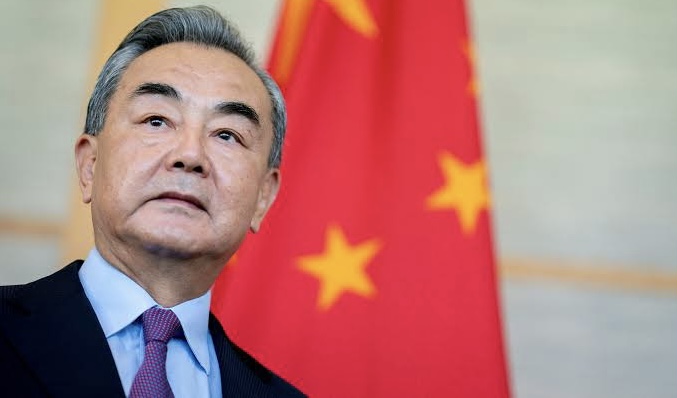 The Chinese Foreign Ministry carpeted the United States for its meddlesomeness in its standoff against Taiwan, declaring that America must not be allowed to see itself as “world policeman.”

China’s protestation follows a visit by U.S. Speaker Nancy Pelosi to Taiwan earlier in the week.

“The world MUST NEVER allow the #US to see itself as a “world policeman” or an “international judge” and continue to treat other sovereign nations like #GeorgeFloyd as if the #US can just bully and strangle them at will” Foreign Ministry spokesperson tweeted on Friday.

On Friday, the Foreign Ministry said that sanctions had been issued to Ms Pelosi and her immediate family members “in disregard of China’s grave concerns and firm opposition” to her visit.

Ms Pelosi had visited the self-governing democratic island earlier in the week, prompting Beijing to launch air and sea military drills with live fire in the waters off Taiwan.

Taiwan is an island separated from China by the Taiwan Strait and has been governed independently of mainland China, since 1949. Beijing has plans to eventually “unify” Taiwan with the mainland under the One-China principle.

Beijing has maintained that Taiwan is bound to it via an understanding known as the 1992 Consensus, reached between representatives of the Chinese Communist Party (CCP) and the Kuomintang (KMT) party that then ruled Taiwan.

In a 2019 speech, President Xi Jinping pitched Beijing’s proposal for Taiwan: that it be incorporated into the mainland under the formula of “one country, two systems.” as applied in Hong Kong. This system is supposed to allow the country preserve its political and economic systems and grant it certain levels of autonomy.

However, Taiwan has its own democratically elected government and is home to twenty-three million people.

The United States maintains an unofficial relationship with the island, evident in its sales of defence equipment to its military. Beijing has repeatedly urged Washington to stop selling weapons to and cease contact with Taipei.

The United States has said its central aim is to maintain peace and stability in the Taiwan Strait, and it has implored both Beijing and Taipei to maintain the status quo. It says it does not support Taiwanese independence.