“Whoever refuses to donate to the church should be the president? It is better to have a president who is a gifted old man than a young man with ‘gum’ hands.” 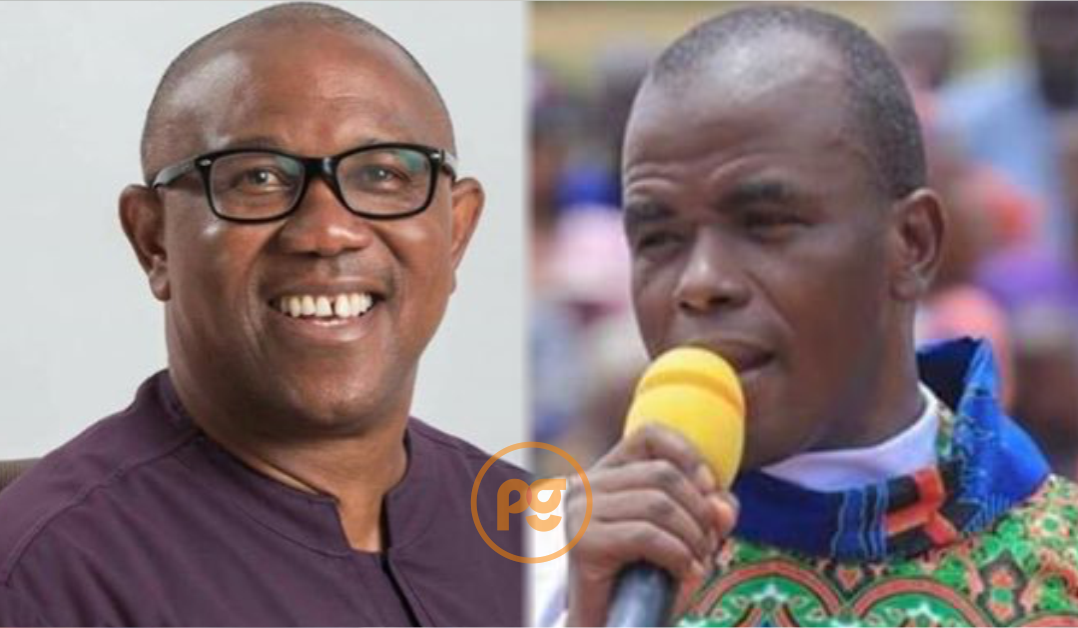 Ejike Mbaka, fiery Catholic father and spiritual director of the Adoration Ministry, has slammed Labour Party presidential candidate Peter Obi as stingy and unfit to be Nigeria’s next president.

Mr Mbaka told his congregants that Mr Obi would close down the Catholic parish and even starve Nigerians because of his stinginess.

Mr Obi is reputed for his frugal handling of public funds as governor of Anambra.

“If Igbo people are looking for a representative in Nigeria, they are not the kind of person Peter Obi is. Whoever refuses to donate to the church should be the president?” Mr Mbaka pointed out.

The Catholic cleric berated Mr Obi at a prayer session in Enugu on Wednesday.

“It is better to have a president who is a gifted old man than a young man with ‘gum’ hands,” Mr Mbaka warned his parishioners. “Do you want people to starve? If he becomes president, he will close our ministry.”

In the run-up to the 2019 election, when Mr Obi ran as the vice-presidential candidate to Atiku Abubakar, Mr Mbaka predicted that Messrs Obi and Abubakar would fail because Mr Obi did not support his church’s project.

Apart from Mr Obi, the Catholic cleric had also made snarky comments about President Muhammadu, with the latter accusing the so-called man of God of being angry because he did not meddle with contract awards for him.