The journalist was covering a protest as demonstrators besieged the Dunamis worship centre to demand the release of five activists illegally arrested at the church premises last Sunday. 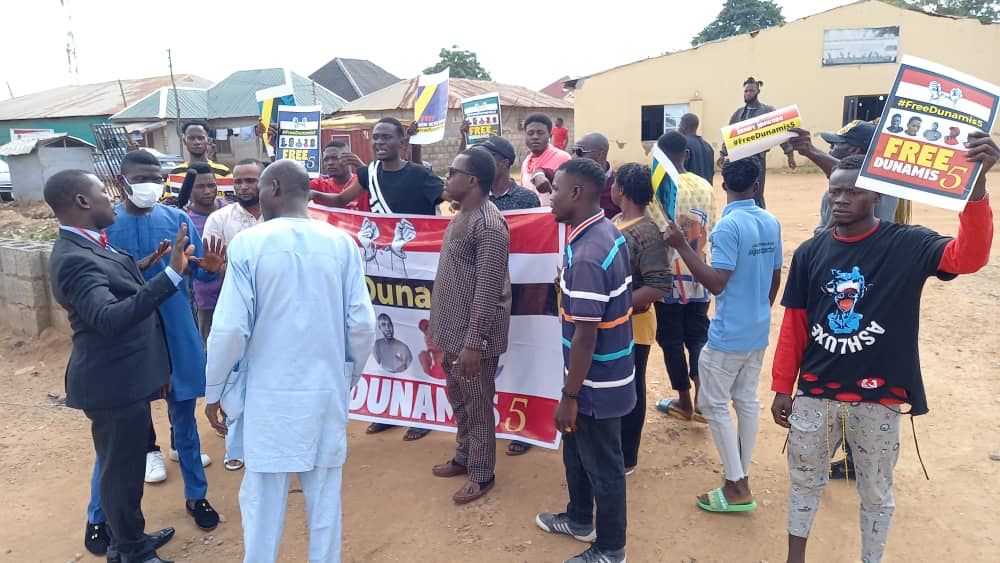 The police and other security agents on Sunday arrested Solomo Odeniyi, a journalist with Punch newspaper for covering a protest at Dunamis Church, Abuja.

Mr Odeniyi was accosted by the police Sunday morning and was denied to access to make phone calls to his colleagues as he was covering a protest by friends and families of five persons who were arrested by the State Security Service at the church last Sunday for wearing #BuhariMustGo T-shirts, Punch reported.

The incident was also confirmed by the Publisher of Sahara Reporters, Sowore Omoyele, who tweeted Sunday morning that journalists were being harassed by the security agents for covering the protest.

“It is now clearly understandable that he’s conniving with DSS to keep innocent youths detained unlawfully. Today at the premises of his church in Abuja journalists are being harassed because they wanted to cover a proposed protest by family members and friends of five youths,” Mr Sowore tweeted via @YeleSowore.

Peoples Gazette learnt that security agents are patrolling strategic locations within the church vicinity to prevent demonstrators from gaining access to the worship centre.

Footage circulating on social media shows relatives and associates of the five activists carrying placards at the worship centre on Sunday morning.

Scores of concerned Nigerians have demanded for the release of Emmanuel Larry, Henry Nwodo, Samuel Gabriel, Ben Manasseh and Anene Udoka still in the custody of the SSS.