The suspects were arrested on July 17 in Omuo-Ekiti at about 19:00 hours in collaboration with the Vigilante Group of Nigeria. 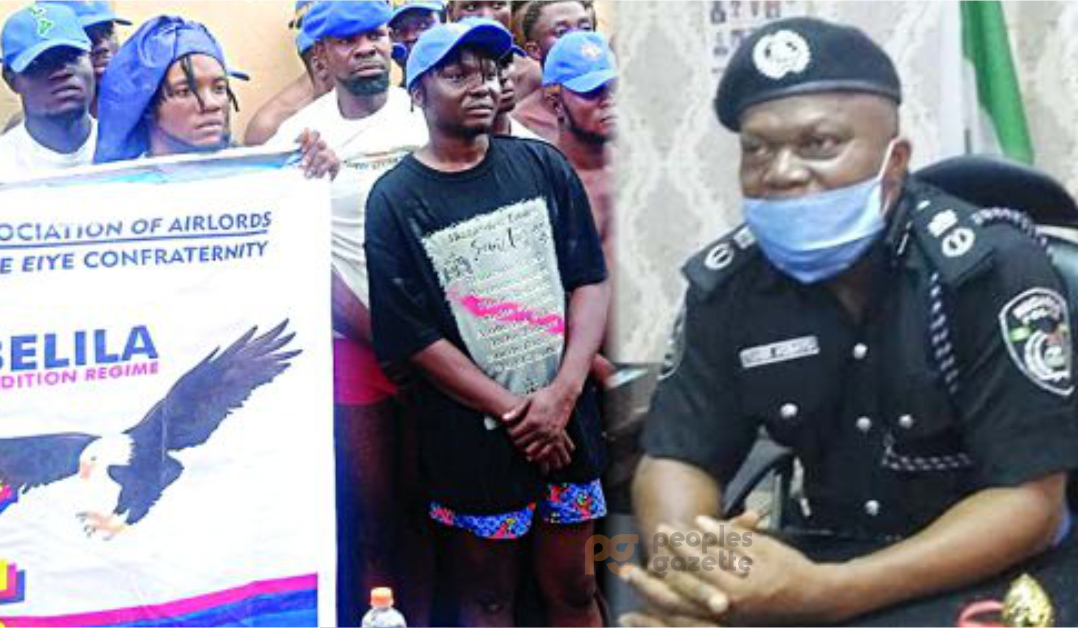 DSP Sunday Abutu, the command’s spokesperson, disclosed this on Sunday in Ado-Ekiti in a statement.

According to the statement, the suspects were arrested on July 17 in Omuo-Ekiti at about 19:00 hours in collaboration with the Vigilante Group of Nigeria.

He said the suspects were arrested around Broni-Broni Quarry construction site in Omuo-Ekiti where they were having their meeting and initiation of new members.

The command’s spokesman said the suspects were arrested with some wraps of weeds suspected to be Indian hemp including their registration notebook.

He said the notebook found in their possession contained their names and ranks such as Coordinator, N.G1 to N.G5, Flight Commander 1 to Flight Commander 7, Eagle 1 to Eagle 8, Government, Mopol 33, amongst others.

Mr Abutu said the suspects, during interrogation, confessed to be members of Eiye confraternity group and were having their usual meeting and registration of new members when they were arrested.

He said the suspects, if found culpable, would be arraigned accordingly, saying that efforts were in progress to arrest other fleeing suspects.