The Organisation warns that children are used as labourers in cocoa farms and gold mines. 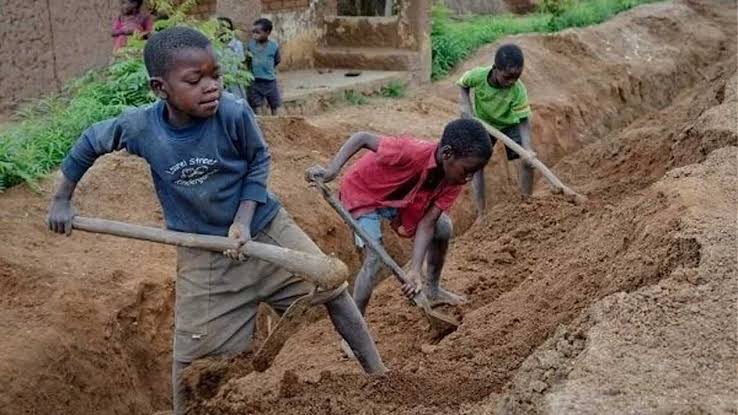 The International Labour Organisation (ILO) says cocoa consumers and gold users in Nigeria should be mindful of the impact of their patronage on these products because children are used as labourers in cocoa farms and gold mines.

In a statement made available to Peoples Gazette, members of the ILO community and ECOWAS in Africa expressed their concerns over the issue of child labour during the 2021 World Day Against Child Labour (WDACL) held on Wednesday in Abuja, Nigeria.

“The inaugural National Children’s Conference is in commemoration of the 2021 World Day Against Child Labour (WDACL) in Nigeria, themed “Act Now: End Child Labour” during the “Week of Action”, with support from the Netherlands Government funded ILO ACCEL Africa Project and Tripartite partners,” the statement reads.

“The International Labour Organisation (ILO) has called on gold users and consumers of cocoa products in Nigeria to be mindful of the impact of their patronage on the use of children for work on gold mines and cocoa farms, as well as the consequences on social stability and collective development.

At the event, the Director of ILO in Nigeria, Vanessa Phala warned that Nigeria needs to quicken its pace at eliminating child labour, the country may not succeed in meeting the Sustainable Development Goal (SDG) Target 8.7 which seeks the elimination of all forms of child labour by 2025.

“Let us ask ourselves – are we empowering the unfair use of children in cocoa farms, on gold mines, at home, in factories, in marketplaces and in society generally?… are we a part of the cure or the disease?” Director Phala said.

A report by the United Nations Children’s Fund (UNICEF) and International Labour Organisation (ILO) released in June 2020, revealed that 160 million children are trapped in child labour, while over 90 million of these children are in Africa.

In the last four years, only 152 were affected due to the economic impact, while more children are at risk of a similar path as a result of the economic consequence due to the COVID-19 pandemic.

Under the ILO’s ACCEL Africa Project which is focused on accelerating action against child labour in the cocoa and Artisanal Gold Mining (ASGM) supply chains in Ondo and Niger states where child labour is prevalent through production and supply chains.

At this year debuts, the National Children’s Conference on the Elimination of Child Labour (NCCECL) was coordinated by members of the Nigerian Children’s Parliament, children from schools across Nigeria, victims of child labour with the support from ILO and its partners.

On behalf of Nigerian children, Chukwuma Chioma, Speaker of the FCT Children’s Parliament, presented a communique to express the challenge faced by the Nigerian children, during the virtual meeting held on social media platforms.

The Nigerian Children’s Parliament, recommends 12 key criteria that will address the issue of child labour in the country, some of which includes: Behaviour change, Implementation of laws, Partnership, Immediate passage of the Labour Standard Bill, and Public enlightenments.

Speaking on behalf of the federal government, the Permanent Secretary of the Ministry of Labour and Employment, Dr Yerima Tarfa, responded to the concerns by advocating climate action, increased reporting of child labour cases to law enforcement agencies, and the domestication/implementation of the Child Rights Act 2003 in every state.

Dr Yerima also cited the Labour Ministry’s planned review of Nigeria’s labour laws, an increase in the number of labour officers and factory officers to monitor workspaces and schools, the federal government’s provision of free basic education, school feeding programme and other poverty alleviation schemes as some of the government’s efforts to eliminate child labour while stressing the need to review cultural considerations limiting population management across the country.