Mr McCarthy is set to start as speaker in January when the new Congress is sworn in. 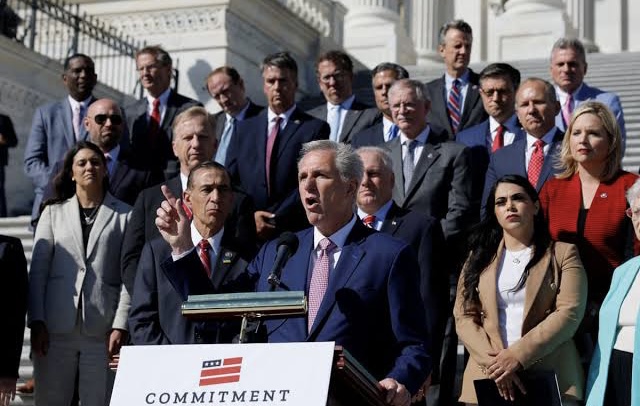 The Republican party regained control of the United States House of Representatives by a narrow margin after Democrats gained a majority in the Senate at the U.S. midterm elections.

On Wednesday evening, the Republicans gained the majority in the House, the lower chamber of Congress, after winning the required 218 seats.

“The era of one-party Democrat rule in Washington is over,” Kevin McCarthy, the House Republican leader, said after his nomination. “Washington now has a check and balance.”

Mr McCarthy is set to start as speaker in January when the new Congress is sworn in. He will be replacing Democratic Representative Nancy Pelosi.

Mr McCarthy is an ally of former President Donald Trump, who declared his intent to run for president in 2024 on Tuesday.

Mr McCarthy, in an interview with CNN, said his first agenda item would be securing the U.S. southern border, cutting back on government spending and launching investigations into President Joe Biden’s administration.

Mr Biden congratulated Mr McCarthy on his win, saying that “the future is too promising to be trapped in political warfare.”

“I congratulate Leader McCarthy on Republicans winning the House majority, and am ready to work with House Republicans to deliver results for working families,” Mr Biden said in a statement on Wednesday.