The Turkish president is expected to end his African diplomacy tour at West African nation Togo, after his visit to Nigeria. 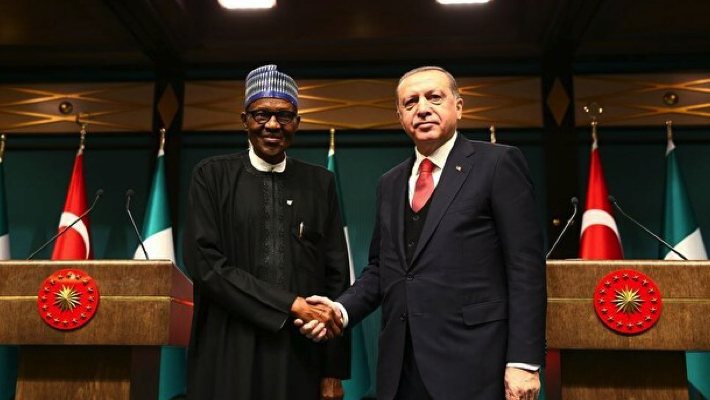 Reports detail that the Turkish president will leave his home country on October 17 for a four-day diplomatic tour to Nigeria, Angola and Togo.

Mr Erdoğan is expected to first meet his Angolan counterpart Joao Lourencho on October 17, before jetting down to see Mr Buhari on October 18.

The Turkish president is expected to end his African diplomacy tour at West African nation Togo, after his visit to Nigeria.

Mr Erdogan had in March 2016 paid an official visit to Mr Buhari. He later hosted the Nigerian leader in Kabul the following year, where he expressed readiness to strengthen economic relations between the two countries.

The Turkish president has since kept a fraternal relationship with his Nigerian counterpart, frequently exchanging phone calls.

In August, Mr Buhari originated a telephone call to Mr Erdogan to convey the sympathies of the government and people of Nigeria over a wildlife incident in Turkey.

The trips come as Turkey prepares to host its third Turkey-Africa Economy and Business Summit on October 21, and a two-day Turkey-Africa 3rd Partnership Summit in December 17.

Scheduled to hold in Istanbul, the third Turkey-Africa Partnership Summit will be attended by many African leaders and government officials including ministers and representatives of regional and international organisations.