Nigeria becomes the first Sub-Saharan African team to enter a back to back final in the U-19 Boys African Nations Volleyball Championship. 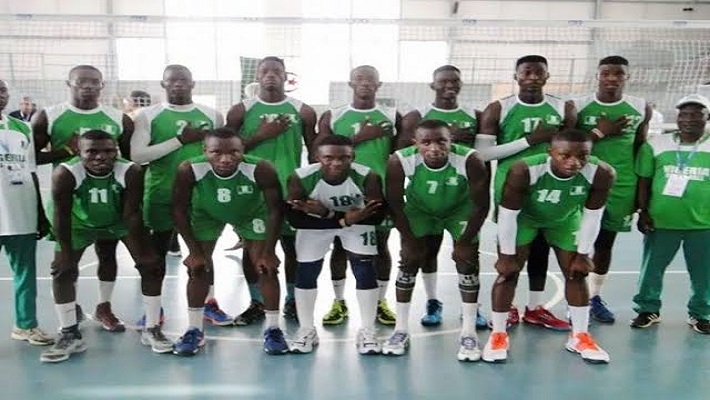 U-19 Volleyball team used to illustrate the story

The Nigeria U-19 Boys Volleyball Team on Thursday defeated their Cameroonian counterparts 3-1 in the semi-finals of the ongoing African Nations Volleyball Championship in Morocco.

Nigeria stumbled in the first set to Cameroon by 18-25 points which led to coach Adekalu Adeniyi making some changes.

In the second set, Cameroon led in the early set by 18-12 before Nigeria turned the game around to win 25-21.

The third set was tight as both teams were on each other’s neck. Cameroon and Nigeria took each set simultaneously before Nigeria took the set by 28-26 points.

The fourth set was a stroll in the park for Nigeria as they won by 25-16.

Speaking after the match, Adeniyi said he was overwhelmed with the performance of the players and the ability to interpret the tactics given to them in a short period.

“Cameroon took us by surprise in the first set and I was wondering if this is not the same team I watched a few days ago.

“We had to regroup in the remaining sets and you can see the results of our tactical changes.

“The next challenge is to return the U-19 trophy to Nigeria and complement the efforts of the Nigeria Volleyball Federation (NVBF),” he said.

Nigeria becomes the first Sub-Saharan African team to enter a back to back final in the U-19 Boys African Nations Volleyball Championship.