All politics may be local but effective local politics is personal. 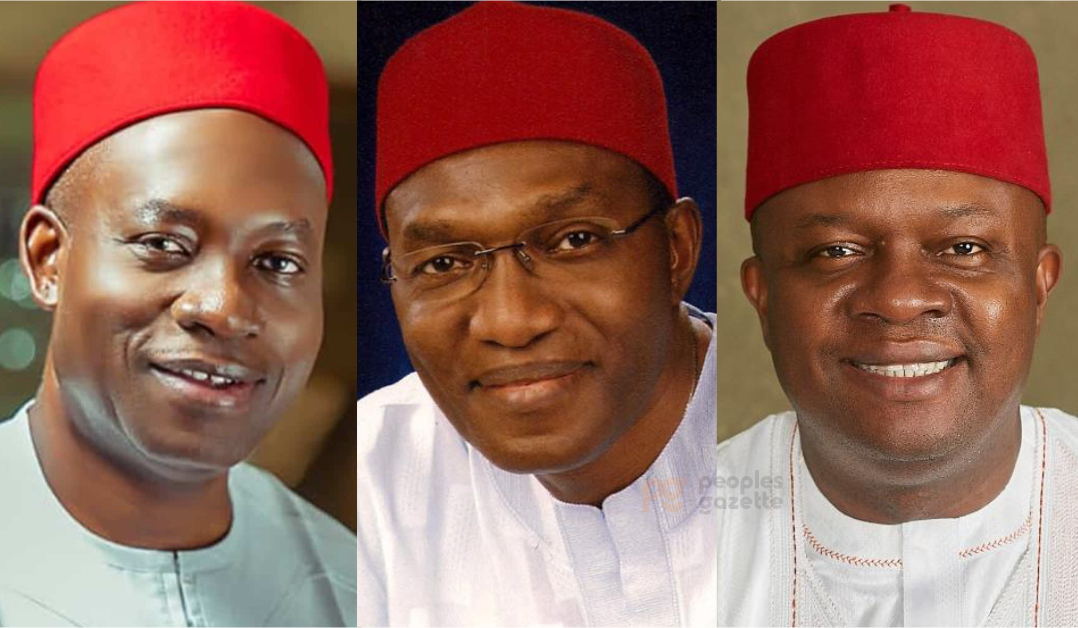 The off-cycle election for a new Governor of Anambra, which took place on November 6, 2021, held the attention of Nigeria long before the ballot. Ahead of the event, deadly violence threatened to overwhelm the state. A regional lockdown in the name of the Indigenous Peoples of Biafra (IPoB), which threatened to ghost the ballot and was to go into effect the day before, was called off 24 hours before it was to take effect. So, the people of Anambra have voted and the Independent National Electoral Commission (INEC) is now busy counting the votes.

The event will be pored over in the coming days for multiple inferences. A winner has yet to be formally declared, even if we now know the outcome in 19 Local Government Areas (LGAs) out of 21. The result in Orumba North is in dispute while a supplementary vote will take place in Ihiala LGA on November 13 to finally clear up the outcome.  The final outcome may marinate but interim insights don’t have to. Here are six:

The fact that this election happened without any reported killings surprises many. For weeks immediately preceding it, IPOB and the Federal Government were locked in what looked like a test of wills. However, following back-channels with a cross-section of civic and community leaders from the region, IPOB stood down its threat to the election. Underlying the fruitful outreach to the group was the fact that the leaders who made it possible had personal credibility, very much unlike most current political office-holders from south-east Nigeria. It proves both that the challenge of IPOB is not intractable but also that addressing it requires a calibre of political leaders with political legitimacy that is presently not in abundance in the region. The defining issue in the Anambra election, predictably, was the urgency of the need to change that.

Some would argue that what made IPOB change its mind was not a collective of peaceniks from the region but the massive deployment of uniformed assets by the Nigerian state, who announced a deployment of 34,587 police officers for the Anambra election, and an additional 20,000 personnel of the Nigerian Security and Civil Defence Corps (NSCDC). There will be time to assess the impact of this deployment but, if we follow the logic of this argument, it would imply that the situation in Anambra did not have to be allowed to fester for as long as it did as the deployment could have happened much earlier to arrest the very costly degeneration that preceded the ballot.

It is unusual in democratic politics that an electorate is presented with a choice between good and evil. This Anambra election was that kind of outlier in which the people confronted choice between the evil of Andy Uba and the other candidates. The result was a most unusual, cross-party coalition to ensure that evil does not afflict Anambra ever again.

That coalition building was aided in no small measure by the internal dissension within his party, the All Progressives Congress (APC) in Anambra State, caused by the fact that his emergence was manifestly illegitimate. Andy frontloaded his rigging template, claiming that he emerged from a primary in which 348,490 party members voted, from which he polled 230,201 votes. In reality, no such primary occured  and the party does not even claim up to 10% of this number in the state. A legal challenge to his emergence was still in court at the time of the election and disgruntlement among a huge swathe of the leadership of the party in the state led many of those who should have owned his candidacy had he been good or legitimate elsewhere.

If eventually Andy is stopped in this election, the credit must go to all the people of Anambra who decided to put the wellbeing of the state and its people above party loyalties. The tactical and situational voting that took place may not have been available if APC had presented a more acceptable candidate or organized a legitimate primary.

The run up to this Anambra election was dominated by daily overdose of high profile defections by politicians from Anambra State, most of whom chose, rather impressively, to announce their defection to the APC in Abuja, the federal capital. The impression was encouraged that there was a “moving train” onto which these folks felt obliged to jump. No one mentioned the fact that nearly all of them were in fact financially induced.

However, the narrative in the state was different: the people chose to read this as deliberate federal interference to foist an undesirable outlaw on a long-suffering population and buy the election at any cost. They, therefore, took this personal and it stiffened local resistance, continuing a trend that has been seen in recent off-cycle elections in Ondo and Edo States, and indeed, prior to both, in Osun State too.

On election day, a well-financed APC operation struggled to find voters willing to accept its money for their votes. Ultimately, this gave a positive personal edge to this Anambra election: Nigerians will not take democracy seriously until we can connect our personal (mis)fortunes to the acts, omissions, decisions, choices and examples of our political leaders.

This INEC has not always been a model of efficient electoral administration and this Anambra election didn’t disappoint on this. The Bimodal Voter Accreditation System, BVAS, has struggled since INEC first introduced it in an election in Delta State in the last quarter. The system was equally far from reassuring in Anambra. In Akabo Hall II, in Ezinifitte, Nnewi South LGA, for instance, there was no voting because of failure of the BVAS. It may be that it deserves time to prove itself but INEC will not get too many more opportunities.

Yet, the system makes traditional ballot stuffing and analogue alteration of results more difficult to get away with because the numbers have to align with the digital accreditation records which cannot be changed easily. That system made it possible to easily lance egregious cases of over-voting such as took place in Ifite Agbaja II, in  Abatete in Idemili North in this election. Additionally, the electronic transmission of results from the Polling Units directly to the collation centre eliminated the usual transactions and violence for results alteration, increasing public confidence in the outcome. It remains to be seen whether INEC can scale this up to nation-wide elections in which serious technology disruptions are likely to be more consequential.

When the story of this Anambra election is told in a few months’ time, many will probably make much of what’s likely to be historically low turnouts. Few will recount the fact that the election took place in a situation of warfare or that voters had to run a gauntlet of helicopter gunships, bullets and bayonets to cast their ballots. Many will run asymmetrical analytics about how the people of Anambra are afflicted by “voter apathy”, when in fact what has happened here is, on the contrary, evidence of extraordinary civic courage that deserves to be celebrated.

Three factors need to be accounted for here. First, INEC’s electoral register is not dynamic nor reflective of actual voting strengths. It does not account for changes like internal migration, expatriation or death. Second, between IPOB’s threats and the regimental suffocation of the state, many chose to stay away from voting. Third, there may be disagreements about the size and timing of the uniformed deployments into the state. What should not be disputed is that the deployment of over 80,000 assets of the security services over Anambra’s mere 4,844 km² would have a different effect from a similar deployment over Niger State’s 76,363 km². The abiding question must remain what successive Nigerian regimes value more: election rigging or the wellbeing of the people.

In this election, Anambra voters decided to do something very un-Nigerian – they chose not to suffer civic amnesia gladly. Despite the best efforts of Andy and some paid proselytes on his behalf who chose to trade with the pulpit, the people of Anambra confronted Andy at every turn with a long rap sheet of allegations of his high crime and profiteering from public office, which they dared him to run away from. Civic and thought leaders mined sources within and beyond the country for Andy’s toxic record in ways that his peers among politicians could not. A people prone to forgiving the worst excesses among politicians who feel entitled to impunity have something to learn from the long memory of Anambra’s voters.