One dead, seven injured as bus rams into trailer in Lagos

A man was killed in a road accident involving two vehicles at Alapere in Lagos on Saturday morning. 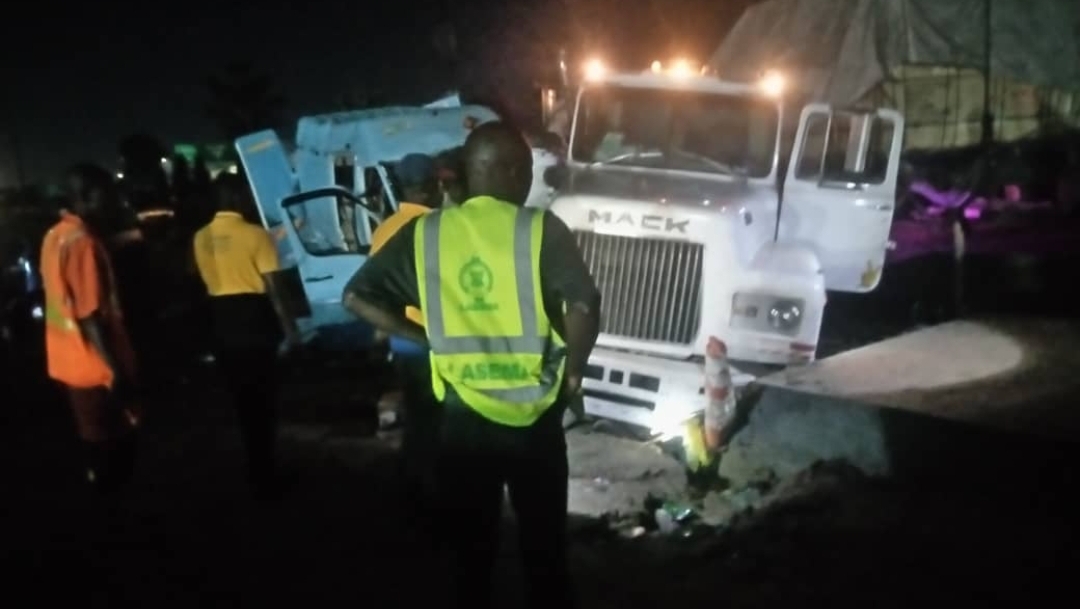 A man was killed in a road accident involving two vehicles at Alapere in Lagos on Saturday morning.

Olufemi Oke-Osanyitolu, the Permanent Secretary for the Lagos State Emergency Management Agency, who confirmed the accident on Saturday day, said the bus driver lost control and rammed into the moving trailer.

Mr Oke-Osanyitolu said seven passengers conveyed by the bus were rescued by the team, but unfortunately the adult male who got trapped under the trailer lost his life.

He added that the seven injured victims received emergency treatment from the medical team before they were conveyed to a hospital, while the deceased was handed over to the family at the scene.

“Further information gathered revealed that the J5 Bus, due to reckless driving, ran into the triller which was coming out of a company,” he said.

“Unfortunately an adult male who got trapped under the trailer lost his life while, about seven others (occupants of the Bus), were injured.

“The injured victims were treated by the Agency’s medical team and the LASAMBUS before being taken to the Trauma Center for further treatment.

“The affected bus was also recovered off the road to a lay-by with the aid of the agency’s light tow truck, and thereafter, it was handed over to officials of the Nigerian Police Force.

“Operations concluded, LRT heading back to base.”