The Southern Governors’ Forum said the idea of state police was needed to address the country’s security challenges. 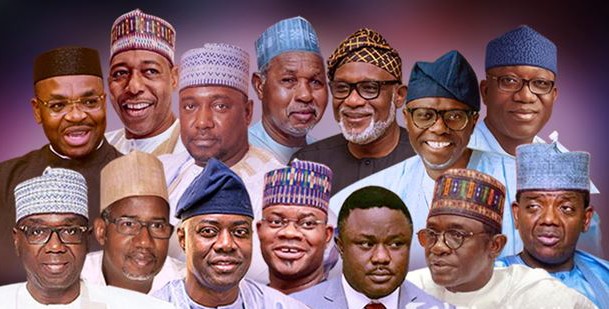 Southern governors have commended their counterparts in the north for demanding the establishment of state police from the regime of President Muhammadu Buhari.

The governors under the aegis of Southern Governors’ Forum said the call was important in addressing the continued security challenges bedevilling the country.

“Their decision to support the call for a constitutional amendment to reflect the current realities could not have come at a better time than now when the confidence in the capacity of the Federal Government to secure the country appears shaky,” Ondo governor Rotimi Akeredolu, who doubles as chairman of the forum, said in a statement on Monday.

Governors of the 19 Northern states under the auspices of the Northern Governors Forum, last week, called for the immediate establishment of state police to address the incessant kidnapping, massacres and wanton destruction of property by criminals.

The decision of the governors was reached after a meeting with the Northern Traditional Rulers Council, held at the Transcorp Hilton Abuja.

Plateau governor and chairman of the NGF, Simon Lalong, told journalists after the meeting that the governors have unanimously agreed and supported the amendment of the 1999 Constitution to accommodate the establishment of state police.

Mr Akeredolu said the 19 northern governors and the northern traditional rulers must be saluted for their courage and stance on the establishment of the state police.

Speaking further on the development, Mr Akeredolu said: “We, on our part at the Southern Governors Forum, have continued to reiterate the fact of the incongruity inherent in an arrangement which purports to be federal, nominally, but whose observances stand at variance with the best practices espoused by climes considered advanced and progressing, amenable to nuances and adaptations which reflect and accommodate the yearnings for inclusion of the component units.

“We will continue to insist on the creation of State Police as the only logical and pragmatic solution to the pervasive problem of insecurity in the land. In addition to this, we shall not fail to renew the call for the adoption of policies geared towards real devolution of powers to the federating units indeed. This is the surest path to peace and progress,” Mr Akeredolu added.

President Buhari had ruled out the suggestions to strengthen the country’s security architecture with a state police system, accusing the state governments of being guilty of causing the security “imbalance” in their respective states.

“State police is not an option… Find out the relationship between the local government and the governors. Are the third tier of government getting what they are supposed to get constitutionally? Are they getting it?,” Mr Buhari had said in an interview in January.

The president’s stance is opposed to that of the governors who have been insisting that devolving the country’s police structures to state and local levels will reduce insecurity.

In the South-west for instance, the governors in the region launched the State Security Network Agency otherwise known as Amotekun Corps on January 9, 2020, to tackle the incessant kidnapping, banditry, and farmers/herders clashes among other crimes.