Where is Charles Soludo’s wife?

We can wish to save ourselves from Soludo. Unfortunately, we cannot. 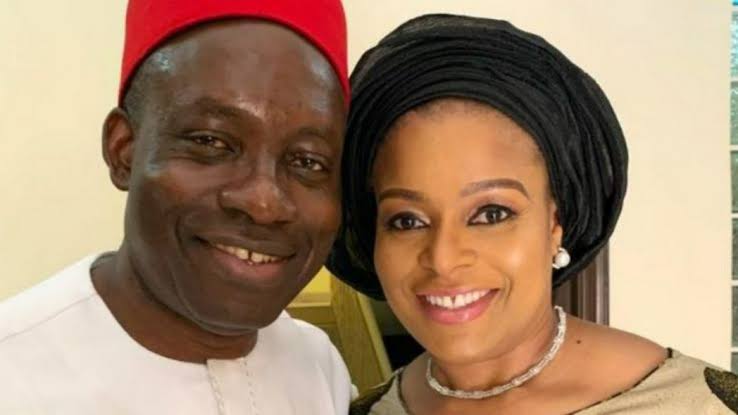 I desperately tried to reach Gov. Charles Soludo of Anambra State the day after his infamous Channel’s TV interview. I called his Nigerian and UK numbers to no avail. I wish I had spoken to him before he published that epistle to Peter Obi and the ‘Obedients.’

With the possible exception of his wife, I may be the only person that knows Gov. Charles Soludo. With all modesty, I understand Soludo more than he understands himself.

Unfortunately, Soludo has not taken my call since his swearing-in as the governor of Anambra State. This unavailability is the opposite of what he promised the citizens of Anambra State after winning the election. And I also tried to reach him through his commissioners and protocol officers but failed.

Reading Soludo’s epistle, I was smiling at places where others were fuming. I understood the spirits of agwu that led him one paragraph after another.

People expected my governor to explain why he said Peter Obi’s investments were worth nothing, and he wrote a term paper on poverty in Anambra State from 1900 to 2000. If his epistle were an English composition in the WASC examination, he would have received an F9 for writing off point and wasting the teacher’s time.

I have been there. There were spots where I saw myself writing precisely as Soludo. We could forgive any undiscerning reader if he thinks some lines of his epistle came straight out of my often-erratic writing temperament.

A good Christian would not have gone as low as Soludo did. A good politician would not have allowed Internet trolls to provoke him this much and expose his thin skin. Soludo brought out a sledgehammer to fight tiny ants that cannot bite. Even when he invoked Zik, Awolowo, and MI Okpala to give himself cover, he yanked the cover away in another paragraph of an unrestrained inferno.

It was sad in some spots. Like when Soludo reminded his readers about his friends and accomplishments in contrast with Peter Obi’s. And then, it got sadder at other spots. Like when he wished Peter Obi well. The whole essay was suffering from a kind of bipolar paralysis.

But I understand. I have been there. The agwu is real and vicious.

I must say that Soludo got a few things right. But saying that Peter Obi can and must control his supporters is not one of them.

Without dwelling much on things Soludo got wrong or correct, the main flaw in Soludo’s response to the controversy was the absence of a diligent editorial review of the piece before its publication. Where was Nonye Soludo when her husband wrote and published that piece as it was?

The job of a governor comes with certain self-imposed restraints. For someone like Soludo, these restraints do not come naturally. But that is where interventions from elders are needed. When elders do not have any influence, it becomes the spouse’s job.

Considering that I don’t know Soludo’s wife or the nature of their relationship, I still wonder if she had read the epistle before its publication, she would not have deleted some of its subtle incendiary lines. Lines like when Soludo wrote that he was not petty but went on to drop paragraph after paragraph of mere pettiness. Granted, in the eyes of Soludo, they were justifications for his irritation. But if an independent editorial reviewer had examined the piece, they would have identified Soludo’s blind spots.

The ability of a reviewer to point out the flaws of a writer’s work depends on the freedom the reviewer has. A governor’s staff may be uncomfortable giving him honest advice on what to remove or rewrite. It was apparent that no such forthright review took place. If it did, there would not be lines where the governor showed his disgust even while he was writing “hahaha.”

I know all this because I have been there. Some of my best writings were the ones my wife used her red pen to cancel out lines and lines of my piece. In some places, she would circle a sentence or a paragraph and comment on top – “Rewrite.” Beside some paragraphs, she would write, “see me.” And I saw her. And the changes we made transformed the work for the better.

Some of my worst writings are those I ignored my wife’s editorial recommendations or those she did not see before I published them, like this one.

Nothing hurts writers like seeing what they thought was a brilliant line deleted or ordered to rewrite purgatory. But nothing makes a piece of writing more delectable than rewriting.

I recommend to Soludo that next time he feels like writing, he should get himself three things: an editor that is not afraid of him, a calming spirit that will help him keep his writing in the cooler for a day, reread it after 24 hours, before sending it out; and finally, the humbling spirit to give him the courage to end his essay by saying, “I’m sorry I did not have the time to make this essay short.”

We can wish to save ourselves from Soludo. Unfortunately, we cannot. At least, not while he is our governor. The only option left is to save Soludo from himself. And we can only do that with the help of his wife.

So I ask again, where is Soludo’s wife?

Rudolf Ogoo Okonkwo teaches Post-Colonial African History at the School of Visual Arts in New York City. He is also the host of Dr. Damages Show. His books include “This American Life Sef” and “Children of a Retired God,” among others.